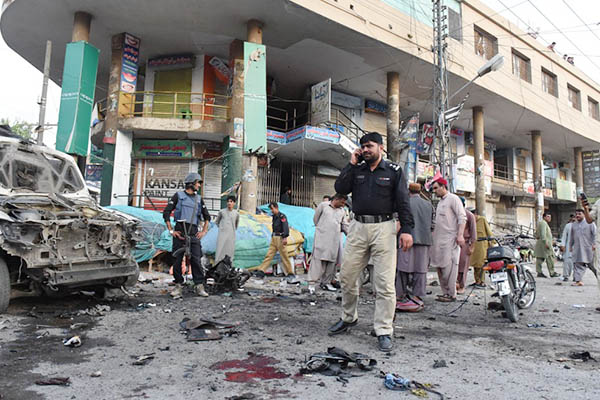 At least five people killed, over 25 others wounded in explosion targeting police van

At least five people were killed and more than 25 others wounded when a bomb planted on a motorcycle hit a police van in Balochistan on Tuesday, officials said.

The remote control-detonated bomb exploded in Quetta, the main town Balochistan province, said provincial police chief Mohsin Hassan Butt. “The target of the attack was a police van, which was parked outside a police station,” said Butt, adding that the dead included two police officers.

“The death toll may increase, as condition of some of those injured was critical,” Butt said.

Spokesman for the provincial government Liaqat Shahwani confirmed the attack, telling AFP it took place during rush hour in a busy market inside the city. “Most of those injured were passerby,” said Shahwani.

No group has yet claimed responsibility for the attack.