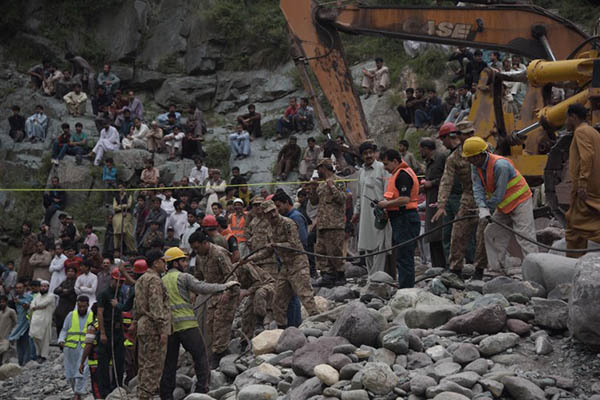 Accident took place when driver lost control of vehicle, veering it into a river.

At least 23 people were killed when a minibus plunged from a mountain road into a river in a remote area of Pakistan-administered Kashmir late on Friday, officials said.

The accident took place at Nausehri, some 45 kilometers north of Muzaffarabad, the capital of Pakistan-administered Kashmir, when the minibus driver lost control. The vehicle veered off a road, falling 100 meters into the gushing river, local government and rescue officials said.

“More than 23 people were killed and three others wounded in the bus accident,” said local government official Ashfaq Gilani. “We have only found three bodies and three wounded people. More than 20 other passengers and the wreckage of the bus have been swept away by the river,” he added. “We have presumed them dead as there is no chance of their survival,” Gilani said.

Rescuers said the terrain was difficult and that they would resume the search for the remainder of the passengers at dawn on Saturday.

Pakistan has one of the world’s worst records for fatal traffic accidents, blamed on poor roads, badly maintained vehicles and reckless driving.