NAB Brings Sadiq Back to Pakistan 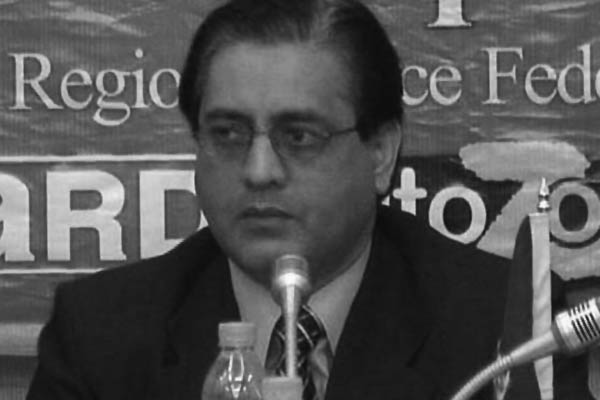 Tauqir Sadiq was arrested in Abu Dhabi in January on suspicion of amassing vast sums in kickbacks and commissions while heading the regulatory agency between 2009 and 2011.

Former prime minister Raja Pervaiz Ashraf was also implicated because he was water and power minister at the time of the alleged embezzlement. Sadiq fled Pakistan last year.

The National Accountability Bureau in a statement said that a team of investigators that had traveled to U.A.E. to retrieve Sadiq had reached Islamabad early Tuesday. “The accused is alleged to have granted illegal [Compressed Natural Gas] licenses on the basis of fake [No-Objection Certificates], relocated CNG stations, made illegal appointments, and misused authority,” the bureau said in a statement.

“His actions as chairman OGRA are alleged to have benefited stock market tycoons at the expense of the general public. He is accused of being involved in gas theft and leakage amounting to billions of rupees.”

On Jan. 24, the Supreme Court had ordered a case to be registered against former prime minister Ashraf, former interior minister Rehman Malik and another member of then main ruling Pakistan Peoples Party over Sadiq’s appointment in 2009 and absconding in 2012.

Senate Polls Should be Open Ballot to Curtail...