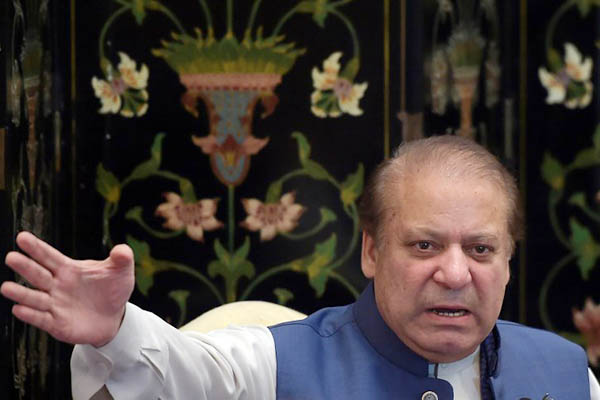 Pakistan Muslim League (Nawaz) spokesperson Marriyum Aurangzeb told media Sharif would not submit any additional surety bonds to secure his travel. “No surety bonds [will be submitted to the government] as we have already submitted them to courts,” she said, adding any similar demand was unacceptable to her party’s leadership.

Earlier, Special Assistant to the Prime Minister on Information and Broadcasting Dr. Firdous Ashiq Awan said the federal cabinet led by Prime Minister Imran Khan had decided to allow Sharif to leave Pakistan to seek medical treatment abroad once he submits either indemnity bonds or pays the fine imposed by courts in the cases filed by the National Accountability Bureau (NAB).

Awan said there were reservations about allowing Sharif to travel abroad, and the relief proposed by the government was time-barred, and would also require the PMLN to submit a schedule for the former prime minister’s return.

Leaders of the PMLN, however, said this was not possible and proved the government’s insincerity. A source within the party told Express Tribune daily that the government was trying to extort money from Sharif, adding that members of the government repeatedly said no one could guarantee Sharif’s health, so how could they expect the PMLN to guarantee when he would be well enough to travel? They said the move was designed to malign the PMLN and the party was considering approaching court to have Sharif’s name removed from the ECL if the government did not grant permission today (Wednesday).

Law Minister Farogh Naseem, who leads the cabinet subcommittee meeting that decides who should be added or removed from the Exit Control List, refused to clarify how the cabinet’s move was legally justified following Sharif having already submitted bail bonds to court.

Sharif’s departure for medical treatment abroad—as suggested by a government-appointed medical board, which says the former P.M. requires genetic testing unavailable in Pakistan to properly diagnose his ailments—was delayed as NAB refused to agree to it. The federal cabinet has also repeatedly dithered on it, with de facto information minister Awan saying the conditional release had only been granted on “humanitarian grounds.”

A cabinet meeting scheduled for today (Wednesday) is supposed to make a final determination based on recommendations submitted by the subcommittee led by the law minister.