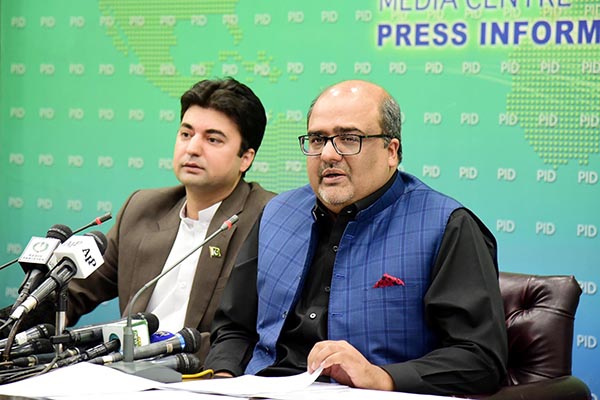 Special Assistant to P.M. on Accountability says government has requested court to release funds so they can be used on social welfare projects

The money transferred to Pakistan by the U.K.’s National Crime Agency (NCA) as part of a ‘settlement’ deal has been deposited in the Supreme Court of Pakistan’s National Bank of Pakistan account, said Special Assistant to the Prime Minister on Accountability Mirza Shahzad Akbar on Friday.

In a posting on Twitter, Abkar said he was detailing how the money would be utilized “for the sake of clarity.” The NCA on Dec. 3 announced that £190 million of assets, including a property worth £50 million, had been paid by Bahria Town owner Malik Riaz Hussain, and would be transferred to the “state of Pakistan.” There has been some confusion over who will be the ultimate beneficiary of the assets, as real estate tycoon Hussain has claimed the money will be used to clear up the Rs. 460 billion he has been fined by the Supreme Court for acquiring land to develop Bahria Town in Karachi.

Akbar, in his Twitter post, said: “For sake of clarity on £190 million settlement, money transferred is under a ‘Settlement Agreement’ b/w NCA and Riaz family. 9 Assets Freezing Orders were obtained by NCA and after agreeing to settle the matter out of court, £140 million have been transferred to State of Pakistan.” He said the remaining funds required the sale of 1 Hyde Park, after which the proceeds would be transferred to the state of Pakistan. “Money is transferred into SCP NBP account. Federal Govt has made an application to SCP for release of this money to the Fed Govt for spending it on social welfare [and] for poor,” he added.

The tweets echoed a press conference of Akbar and Communications Minister Murad Saeed from Thursday evening. During it, Akbar clarified that he was constrained from commenting on the NCA ruling, as all three parties involved—NCA, Malik Riaz, Pakistan—had signed a deed of confidentiality. He also clarified that settlement was reached in a civil, and not criminal, case. “Therefore, I cannot comment more than what has already been presented in the official press releases of the government and the NCA,” he said, adding, “Is the Supreme Court not part of the government? So if the money goes to the apex court it means that the money comes to the state.”

During the press conference, Akbar was asked if the case had encouraged the government to commence criminal proceedings against Hussain for allegedly being involved in money laundering. He said: “The government encourages agreements in civil cases and recovery of laundered national wealth and does not wish to keep people in jail.”

Akbar said the government was thankful to the U.K. government and the NCA for expediting the investigation on the complaint of Islamabad and returning the money to the state of Pakistan.

During the press conference, Akbar also hit out at the alleged corruption of Pakistan Muslim League (Nawaz) President, and Leader of the Opposition in the National Assembly, Shahbaz Sharif and his family. He claimed the assets of the Sharif family have increased exponentially over the past 10 years while they were in power in Punjab province. He claimed Britain’s Daily Mail had “exposed” this corruption, which he alleged had come in the form of kickbacks for public development projects.