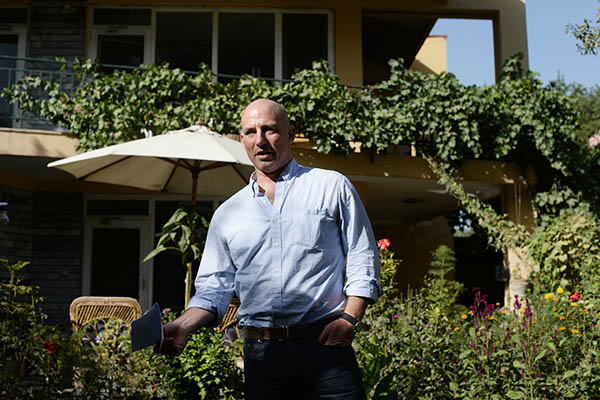 Afghanistan on Wednesday ordered a New York Times correspondent to leave the country after he wrote an article saying government ministers and officials were threatening to seize power to end a standoff over election results.

The attorney general’s office said the article was “against the national interests and the national security of Afghanistan,” and that Matthew Rosenberg must depart within 24 hours.

The move underlined fears that media freedoms gained since the fall of the Taliban regime in 2001 are being lost as the U.S.-led military intervention and civilian aid program in Afghanistan wind down. “It is not the first time that the paper has involved itself in Afghanistan’s internal political affairs for its own political purposes and agenda,” said Aimal Faizi, spokesman for President Hamid Karzai, in an email sent to AFP. “Such biased reporting, not properly sourced, can be considered nothing but a fabrication. We are fully committed to the freedom of press. It is just to stop the evil in the New York Times’ reporting.”

The U.S. State Department joined the Times in condemning the decision, saying it marked “a significant step backward for the freedom of the press in Afghanistan and may well be unprecedented there.”

“We urge the government of Afghanistan to reverse this decision,” State Department deputy spokeswoman Marie Harf told reporters. “Freedom of expression and a free press are vital to the workings of a strong, democratic society and the best interests of the Afghan people.”

The Afghan government has been paralyzed for months after the first round of the presidential election failed to produce a clear winner, and the second round of voting in June triggered allegations of massive fraud.

Both Ashraf Ghani, a former World Bank economist, and former anti-Taliban fighter Abdullah Abdullah have claimed victory in the race to succeed Karzai. The impasse has raised fears of a return to the divisions of the 1990s civil war, when ethnic conflict ravaged the country and allowed the Taliban to seize power.

The New York Times story suggested a plan was being formed to create a committee-run “interim government”—a move that would end international hopes that the costly intervention in Afghanistan would lead to democracy. “They have not even told us whether there is an order for me to go,” Rosenberg told AFP. “They are putting out statements to the media, which to us looks like grandstanding. At no point have they said any laws have been broken. This is a politically motivated thing, and the attorney general is doing the bidding of the top of the government. Media freedom has been one of the really great achievements of the past 12 years, so it is dismaying.”

Rosenberg said the newspaper was seeking legal advice and no decision had been made on whether he would soon fly out of Afghanistan. The palace issued a statement saying that Karzai had told a meeting of election and U.N. officials that “such articles show foreigners’ interference to try to destabilize Afghanistan and should not be allowed.”

All media were severely restricted under the Taliban’s 1996-2001 rule, but newspapers, TV stations and websites have proliferated in recent years.