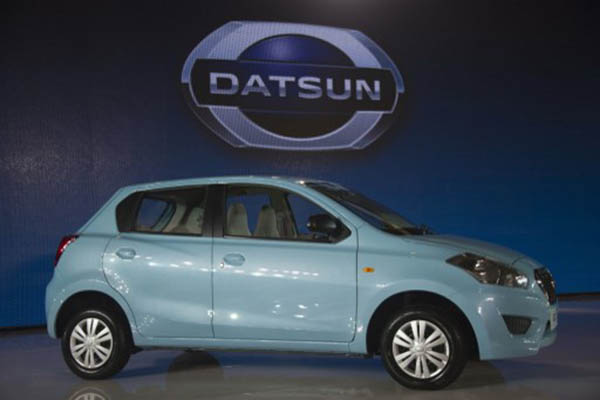 Licensing agreement to create more than 1,800 jobs over next four years

The Nissan Motor Co., Ltd. on Wednesday announced its entrance into the Pakistani market through a manufacturing and licensing agreement with automotive partner Ghandhara Nissan Ltd. for local production of Datsun models.

In a press release, Nissan said the agreement would cover distribution, providing the company access to Pakistan’s growing market, whose demand has soared past 200,000 units a year. “The move is part of Nissan’s strategy to engage with emerging automotive markets around the world, bringing brands and products tailored to meet rising consumer demand,” it added. The first locally built vehicles are expected to be available in Pakistan in 2019.

“This entrance to the Pakistan automotive market represents a significant step in the ongoing development of local manufacturing infrastructure and economic activity,” said Peyman Kargar, Nissan senior vice president. “We are confident that, with the close collaboration and support of the Pakistani government, this will deliver sustainable benefits for the national economy, customers, partners and Nissan.” He added: “Together with Ghandhara, we’ll be working actively with suppliers to localize and exchange technology and skills, which will provide a lasting benefit to the emerging local component industry.”

Nissan’s entry to the Pakistani market, according to the press release, is expected to generate over 1,800 jobs. In addition, Ghandhara will invest Rs. 4.5 billion over the first four years into the project.

Nissan and Ghandhara will work together to develop Ghandhara’s facilities in Karachi’s Port Qasim into a world-class manufacturing plant, says the press release, adding that the project has qualified for brownfield category status under the Government of Pakistan’s Automotive Development Policy.

“This agreement will introduce world-class facilities and the best of Japanese engineering technologies,” said Ahmed Kuli Khan Khattak, CEO of Ghandhara. “By localizing the manufacture of parts and components and boosting development in the auto supplier industry, it will provide Pakistan with technical assistance and promote partnerships with Japan. Customers in Pakistan will benefit from more choice and enjoy engaging driving experiences with vehicles and modern features that are ideally suited to the country.”

Nissan is a global vehicle manufacturer that sells more than 60 models. In 2016, it sold 5.63 million vehicles globally. The organization’s global headquarters is in Yokohama, Japan, from where it manages operations in six regions: Asia & Oceania; Africa, the Middle East & India; China; Europe; Latin America; and North America. Nissan has a global workforce of 247,500 and has been partnered with French manufacturer Renault since 1999. Pakistan-based Ghandhara Nissan Ltd. was established in 1981. The industrial conglomerate operates Pakistan’s largest tire manufacturing company and a construction company, among other ventures.