Home Latest Issue Not So Isolated 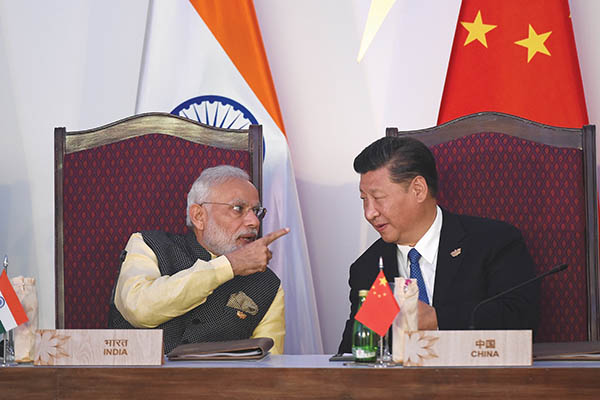 After the ‘surgical strikes’ across the LoC that either were or weren’t, Indian officials said they would work to “diplomatically isolate” Pakistan. These attempts hit a snag last week when none of New Delhi’s BRICS partners—Brazil, Russia, China, South Africa—committed to identifying Pakistan as a state sponsor of terrorism, going so far as to call for action against the Islamic State and Jabhat al-Nusra militant groups, but not Lashkar-e-Taiba or Jaish-e-Mohammad. P.M. Narendra Modi launched his opening salvo by citing Pakistan as the “mothership of terrorism” in a thinly veiled reference. China was quick to dismiss the rhetoric. “We oppose the linking of terrorism to any specific country, ethnicity or religion,” said China’s Foreign Ministry. Russia, which recently concluded a joint military exercise with Pakistan, made no mention of terrorism at all. This shouldn’t surprise New Delhi. BRICS is a commercial, political  and cultural cooperation alliance; it has no reason to publicly censure friendly nations. But Islamabad shouldn’t rest easy. It might have won this battle of perception, but it has a lot of work to do to win the war.