Obama to Visit India in January 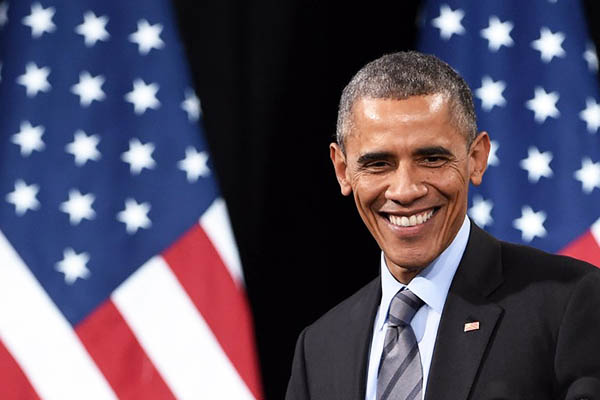 U.S. President Barack Obama will travel to India in January for its Republic Day celebrations and talks with Prime Minister Narendra Modi, the White House said Friday. His trip follows up on Modi’s debut visit to Washington as India’s leader in September.

The charismatic Hindu nationalist prime minister has been courted by the United States as a key partner in its attempt to rebalance U.S. diplomatic weight toward Asia. “The president will meet with the prime minister and Indian officials to strengthen and expand the U.S.-India strategic partnership,” said White House press secretary Josh Earnest. Earnest did not give a precise date for the trip, but Republic Day commemorates the adoption of India’s constitution on Jan. 26, 1950. The White House said Obama would be the first U.S. president to attend India’s Republic Day celebration.

In November, the two countries reached a breakthrough agreement in a bitter row over food subsidies that for months had been blocking a landmark global agreement to reduce trade barriers. The deal marked a crucial step toward the full implementation of a World Trade Organization agreement reached in December 2013 in Bali, which would streamline global customs procedures.

In September, Obama lauded Modi’s “energy and determination” as the two stressed common goals—and had a “candid” discussion about the WTO’s Trade Facilitation Agreement. Modi’s visit also allowed both sides to repair the damage inflicted by a recent series of spats, including a crisis last December when U.S. authorities arrested and then strip-searched an Indian diplomat in New York for allegedly mistreating her housekeeper.

The warm welcome struck a sharp contrast to Modi’s previous treatment by Washington, which refused him a visa in 2005 on human rights grounds over anti-Muslim riots in his home state of Gujarat. Modi—who won India’s biggest electoral victory in three decades in the April-May polls—denies wrongdoing and was never charged over the violence that killed more than 1,000 people.

India’s Republic Day is marked by a massive, colorful parade in New Delhi that celebrates the South Asian country’s ethnic diversity and offers it a chance to display its military hardware. Each year, India hosts the leader of a foreign country as guest of honor for the parade.

Meanwhile, a White House press aide said Friday Obama had made a call to Prime Minister Nawaz Sharif of India’s neighboring Pakistan. “President Obama and Prime Minister Sharif reaffirmed the valued relationship between the two countries and the importance of the U.S.-Pakistan Strategic Dialogue as a framework for guiding the bilateral relationship,” Eric Schultz said. The call follows recent skirmishes between Pakistani and Indian troops in disputed Kashmir, which both countries administer in part but both claim in full.

Obama informed Sharif of his forthcoming trip to India and said he would visit Pakistan as soon as the situation normalizes in the country, the ministry said, following Sharif’s earlier invitation to the president.

Sharif also referred to his visit to India earlier this year, which was aimed at taking Pakistan-India relations forward. However, “subsequent unfortunate steps on India’s part, including cancellation of foreign secretary level talks and the unprovoked firing across the Line of Control/Working Boundary resulting in civilian casualties, indicated that India was averse to normalization of relations with Pakistan,” the statement quoted Sharif as saying. “While we remain open to the resumption of bilateral dialogue, the onus is on India to create a conducive environment in this regard,” he added. “The two leaders agreed to stay engaged to further strengthen Pakistan-U.S. relations in their common desire to promote peace and prosperity in South Asia,” the ministry statement said.

Now Pakistan shouldn’t be compared with India.India has raced way ahead in all the aspects.Still a lot of improvement needs to be done to make India really shining.India now has focussed beyond south Asia and now its India vs china now.Pakistan should compare itself with Bangladesh and Sri Lanka.