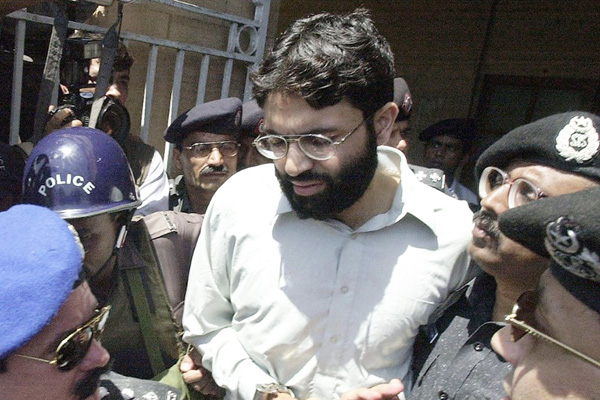 The Supreme Court of Pakistan on Thursday acquitted Omar Saeed Sheikh, the primary accused in the kidnapping and murder of American journalist Daniel Pearl, and ordered his immediate release—despite his admission in court just a day earlier of having played a “minor” role in the assassination. While unfortunate, this acquittal was anything but surprising.

Sheikh was found guilty and sentenced to death by a Hyderabad special court in 2002. The Sindh High Court acquitted him and ordered his release in 2021. Three others involved in the case were initially sentenced to life but had their sentences similarly commutated. Pakistan’s religious parties had generally criticized the 2002 judgement as “given under pressure from the Americans.”

Among the public, reaction remained mixed. Convict Sheikh maintained a defiant posture, threatening “those who want to kill me” with death and calling the trial “a struggle between Islam and kufr.” Commentators pointed to some flaws in the hearings, which some thought might result in the appellate court asking for a re-trial.

A Lashkar-e-Jhangvi terrorist came up with additional confessional evidence during the trial, which was not taken cognizance of. Neither the discovery of the beheaded corpse of Daniel Pearl, nor its DNA test result, was allowed to feature in the trial. The trial was shifted to Hyderabad jail from Karachi because the prosecution kept receiving threatening messages from the terrorists supporting Sheikh. The attorney general of Sindh has stated that he would like the state to appeal for death sentence to the other three also as “he feared for his life” from them. The Karachi Stock Exchange crashed “in sympathy,” losing Rs. 2 billion in a day.

The initial case, registered on Feb. 4, 2002, proceeded under international limelight and concluded on July 15, 2002. Then-ruler General Pervez Musharraf wanted to see the accused hanged and said so in a public statement. The American government wanted custody of Sheikh on other terrorist counts, but deferred to Pakistan’s desire to try him for the crime he had committed on Pakistani soil.

Sheikh was no ordinary criminal. He was sprung from an Indian jail after the hijacking of an Indian airliner that had landed in Afghanistan. He had been tried in India for kidnapping foreigners in New Delhi, details of which he had penned in a graphic diary. He had also been trying to get a fellow-member of the extremist Harkatul Ansar, Maulana Masood Azhar, released from Indian jail.

After both were released by India in return for the hijacked airliner, Sheikh moved freely in Pakistan, secretly representing Al Qaeda in Lahore where his London-based father owned a factory. His friend Azhar soon became the leader of Jaish-e-Muhammad. After the September 11, 2001, attacks in the United States, Jaish was banned by Pakistan, and Azhar was interned. Reports appeared in Pakistan that Sheikh was looking after Jaish and its affiliates, even editing their extremist publications. Later Jaish itself was found linked to the sectarian terrorist organization Lashkar-e-Jhangvi, whose members came forward to own the murder of Daniel Pearl.

One reason Sheikh’s trial had to be held in Pakistan was his putative connection with the country’s intelligence agencies. His extradition to the United States could have resulted in his “spilling the beans” about the complicity of some members of these agencies in international terrorism. There is a persistent charge, first aired by the CNN, that he sent funds to Muhammad Atta, one of the men who attacked the World Trade Center on 9/11.

Given these circumstances, Islamabad could have decided to prevent certain facts from coming on record in the United States. It was for the courts in Pakistan to decide his fate, but one fact is beyond challenge: He was a violent youth who grew up in the United Kingdom and imbibed an extremist world view. From his school days in Lahore, he was known as an unusually violent personality. This pathological tendency was mixed with ideology to produce a man who even today threatens the world with terrorism.

There were many more like him in the streets of Karachi, who once committed violence in the name of ethnicity and then were absorbed by jihad. More youths, resisting integration in British society, were allowed to enter Pakistan to propagate the “revolutionary” ideology of their London-based organizations.

More than the world, the terrorist threatened Pakistan. Hiding behind the ideology of jihad, he wanted to convert Pakistan into a warrior state that must fight for principles he was himself not very clear about. He wanted to wreak vengeance on a world he saw as dominated by the United States, but before that he wanted to convert Pakistan into “a truly Islamic state.” His ideas were utopian but were tainted by his belief that Afghanistan, under the emirate of Mullah Umar, came close to being truly Islamic.

Since the extremists were not possessed of a practicable theory of the state, their views were nothing short of anarchism. A look at the captured members of Lashkar-e-Jhangvi, Jaish-e-Muhammad and Harkatul Mujahideen would have made that clear. For its own survival, Pakistan should have taken forward the drive to bring these elements within the ambit of law. For far too long were these gangs allowed to enjoy legal exemption to carry arms and commit crimes of violence. The law-and-order situation, so crucial to the revival of Pakistan’s ailing economy, could have returned to normalcy years ago if it had cleansed the long-suffering Pakistani society of their malignant presence.