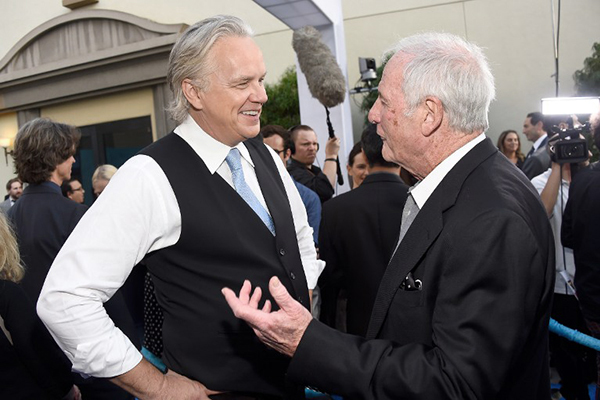 Tim Robbins (left) at the premiere of his new show in Hollywood, June 8.

“These three compromised souls must pull through the chaos around them to save the planet from World War Three,” said the pay TV giant in a statement.

HBO posted the first episodes of The Brink and Ballers, which stars Dwayne “The Rock” Johnson as a retired American football superstar reinventing his life in Florida, on Facebook on June 25, turning the social networking site into a new platform for TV viewing.

The Brink and Ballers will be available free on Facebook “for a limited time.”