One Dead in Balochistan Bombing 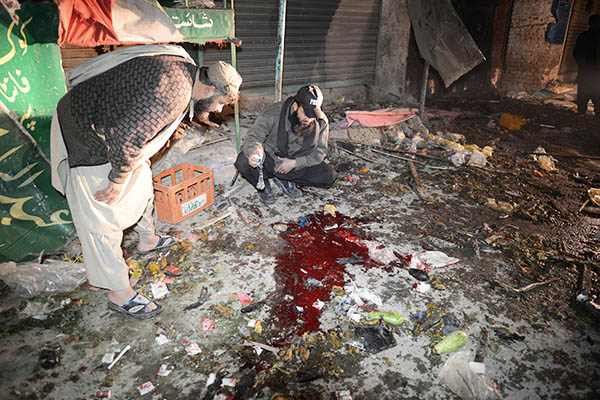 Improvised explosive device detonated on the outskirts of Quetta, killing one and wounding another 15.

At least one person was killed and 15 others wounded when a bomb exploded in Balochistan province on Thursday, officials said.

The incident happened in the Pashtunabad area on the outskirts of Quetta city, the capital of Balochistan province, which borders Iran and Afghanistan.

“A timed device planted along the road side close to several pushcarts selling mainly dry fruits went off, killing one person and wounding 15 others,” said local bomb disposal chief Abdul Razzaq. He said the target was not clear, but the area is primarily home to Afghan refugees.

There were no immediate claims of responsibility for the explosion.