Outrage as Calf Killed in Protest over India Slaughter Ban 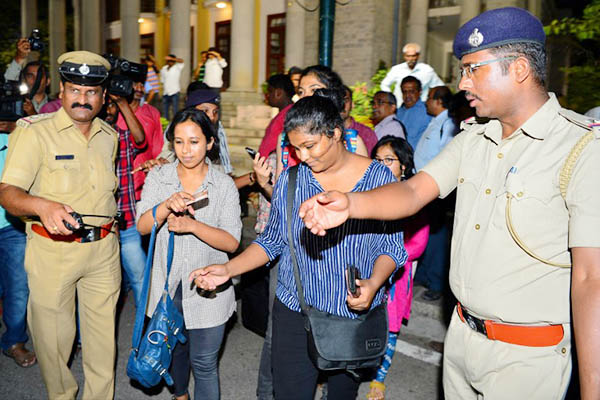 The youth wing of India’s main opposition Congress party caused outrage on Monday after killing a calf in public to protest against a controversial ban on the sale of cattle for slaughter.

Members of the Youth Congress were filmed slaughtering the animal—officials refused to say if it was a cow or an ox—and shouting anti-government slogans in the southern state of Kerala.

Cows are considered sacred by Hindus, and their slaughter as well as the possession or consumption of beef, is banned in most Indian states. Some impose up to life imprisonment for infringements. But Kerala and a handful of others allow cow slaughter and beef consumption. Police in Kerala accused the youths of “causing a public nuisance.”

“We are investigating. It is a sensitive issue,” a police officer told AFP without giving details. Deputy police superintendent PP Sadanandan said a case had been registered against the protesters “because the slaughter of animals in public places is illegal.”

The protesters were demonstrating against a federal ban issued last week by the ruling Bharatiya Janata Party (BJP) on the sale and purchase of cattle from markets for slaughter. The move threatens to effectively choke off India’s supply of cow meat—angering some states where beef is a delicacy.

Kerala has already vowed to challenge the ruling in court, accusing the national government of pursuing a Hindu nationalist agenda.

A senior BJP leader in Meghalaya also said the ban would not be enforced in the northeast Indian state, while the chief minister of West Bengal declared the ruling “undemocratic,” the Press Trust of India reported.

In some parts of India, vigilantes have attacked those suspected to be transporting the animals to abattoirs. Hindu hardliners on Monday assaulted two meat traders in Maharashtra for alleged possession of beef—despite it being legal under that state’s laws.

The Congress Party, the main opposition to Prime Minister Narendra Modi’s BJP, swiftly condemned the inflammatory protest in Kerala and suspended those involved. “What happened in Kerala yesterday is thoughtless, barbaric and completely unacceptable to me and the Congress Party. I strongly condemn the incident,” Congress vice-president Rahul Gandhi posted on Twitter.

The BJP, which has agitated for greater protections for cows since Modi won power in 2014, seized upon the scandal as the slaughter video went viral. “Cruelty at its peak. Cattle slaughtering by Kerala Youth Congress leader in broad daylight, in front of public gathering,” tweeted Kerala BJP chief Kummanam Rajashekharan.

Cow slaughter is a powder-keg issue in India, and even rumors can trigger communal violence. A Muslim man was beaten to death in April by a mob after they discovered cows in his truck. The man was a dairy farmer transporting milk cows.