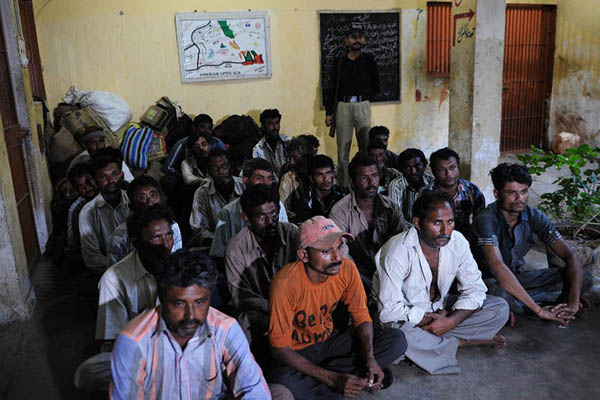 Pakistan has arrested 25 Indian fisherman for violating the territorial waters of the country, its maritime security agency said Monday.

The Indian fishermen were arrested and their boats seized early Sunday morning. “We are preparing documents to produce all of them in court,” police official Mohammad Anwer told AFP. Indian and Pakistani fishermen are frequently detained on the charge, as the two countries’ borders are not clearly defined in the Arabian Sea.

Relations between the two countries have taken a turn for the worse after Pakistan’s top envoy met Kashmiri separatist leaders in August, with India responding by calling off talks between the countries’ foreign secretaries.