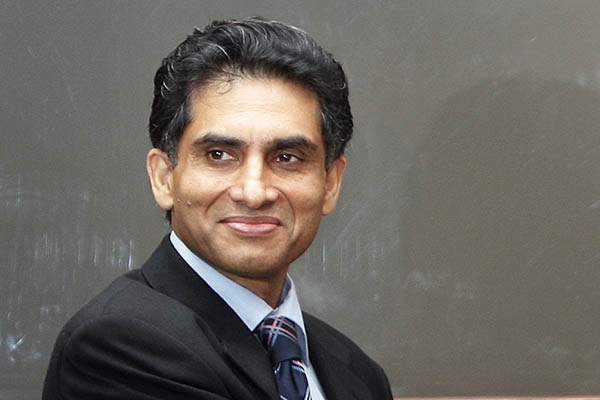 Foreign secretary says Islamabad is not talking to Riyadh about any nuclear issues.

After meetings at the White House, Pentagon and State Department, Chaudhry described the suggestions Pakistan could sell a weapon as “unfounded, baseless and untrue.”

“Pakistan’s nuclear program has nothing to do with any other country,” he told reporters. “This is a deterrence that we develop in response to a threat perception that we have from our east. That’s it. Pakistan is not talking to Saudi Arabia on nuclear issues, period.”

Gulf diplomats have suggested that Saudi Arabia and perhaps even the United Arab Emirates could buy a bomb from their staunch allies in Islamabad to safeguard against a nuclear Iran. For decades Tehran has been building its nuclear capability, although it denies allegations from the west that the program is military-focused.

Saudi Arabia also fears that resulting U.S. sanctions relief would hand its Persian and Shia foe tens of billions to spend on its military, while key elements of the nuclear program would remain intact.

Meanwhile, Pakistan’s stance on non-proliferation has long been called into question. At the turn of the millennium it was revealed that A.Q. Khan, the so-called father of Pakistan’s nuclear program, had been selling nuclear blueprints to Libya, North Korea and Iran. The government has long denied his actions were officially sanctioned.

Earlier Thursday, Chaudhry accused India of suspending a fragile peace process in recent months as relations between the two nuclear-armed South Asian rivals continue to fray, notably over Kashmir. “Pakistan is open to continuing dialogue with India. The dialogue is suspended not because of us. It’s because of India. But we have made it clear that to us the only solution to move forward is through dialogue,” Chaudhry said at a U.S. think tank. “We want to have normalization with India. There is no doubt in our minds,” he said. “I don’t see that consensus on the Indian side, I’m afraid to say.”

The last high-level meetings between Islamabad and New Delhi date back to March when Chaudhry received India’s number two diplomat Subrahmanyan Jaishankar in Islamabad. In May 2014, Prime Minister Nawaz Sharif attended the inauguration in New Delhi of his Indian counterpart Narendra Modi, relaunching relations between the perennial foes.