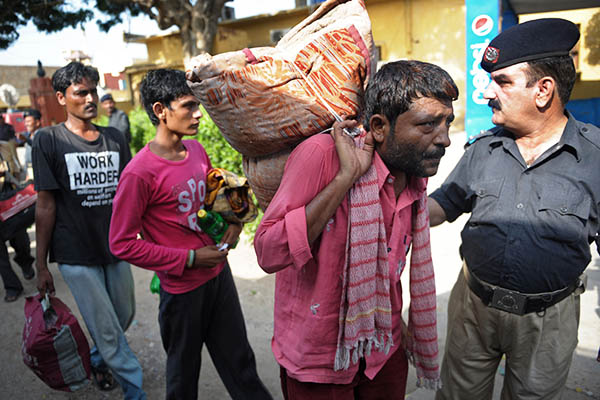 Pakistani on Friday announced the release of 40 Indian prisoners, including 35 fishermen held for violating territorial waters, a day after a major South Asian summit closed.

The fishermen, who had been detained for between one and three years, will travel from Karachi to Lahore, where the two neighbors have their only active border crossing. The move came a day after the South Asian Association for Regional Cooperation (SAARC) summit in Nepal ended in disappointment, overshadowed by India and Pakistan’s rivalry.

“Pakistan is releasing 40 Indian prisoners [five civilians; 35 fishermen] tomorrow. With this, [the] number of Indian prisoners released this year will be 191,” the main foreign ministry spokeswoman said via Twitter. A week ago Pakistan detained 60 Indian fishermen for straying into its waters.

Both countries frequently carry out such arrests, as the maritime border in the Arabian Sea is poorly defined and many fishing boats lack the technology needed to be certain of their precise location. The fishermen often languish in jail even after serving their term, as poor diplomatic ties between the two countries mean fulfilling official requirements can take a long time.

The superintendent of Malir district jail in Karachi, where the fishermen were held, Muhammad Hassan Sehto said 424 Indians nationals including 419 fishermen are still in custody.

Relations between India and Pakistan have taken a turn for the worse in recent months, with some of the worst shelling in years along the Kashmir disputed border.