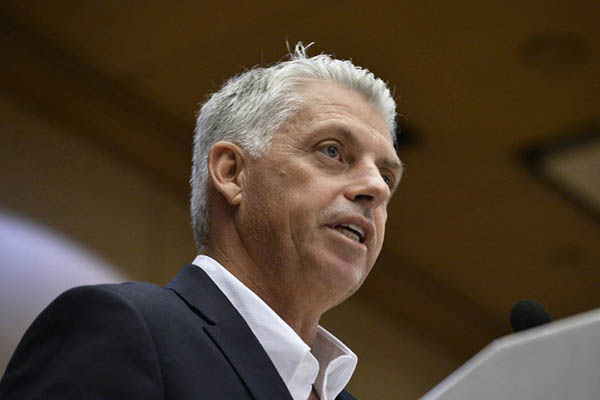 The World Twenty20 match between India and Pakistan will be shifted from Dharamsala, after Pakistan expressed security concerns, organizers said Wednesday.

International Cricket Council Chief Executive David Richardson announced that the hotly awaited clash on March 19 would be shifted to Kolkata in eastern India, hosts of the World T20, which kicked off this week.

“The safety and security of the event is of paramount importance to the ICC and we have taken into consideration the concerns shared with us by our security advisors as well as the Pakistan Cricket Board,” Richardson told a press conference in New Delhi. But it was unclear whether Pakistan would travel to India to take part in the tournament even after the venue switch, with its cricket board saying it was still awaiting security assurances from the Indian government.

“The teams’ departure—men and women—will remain pending until the Indian government gives assurances… Once we get assurances from India then we will ask our government for clearance,” Pakistan Cricket Board (PCB) chairman Shaharyar Khan told a press conference in Lahore. Khan did not give a deadline for the assurances.

Pakistan had delayed their departure for neighboring India earlier Wednesday citing concerns about threats from Hindu religious extremists against the team.

Pakistan sent a security assessment team to India on Monday after voicing repeated concerns about arrangements for the month-long tournament.

Richardson said he was now “hopeful” that Pakistan would take part. “We have just conveyed our decision to Pakistan and we are very hopeful they will come,” he said.

Pakistan are due to play their opening match against a first-round qualifier in Kolkata on March 16. They had been set to meet India on March 19 in Dharamsala in Himachal Pradesh state, where locals have objected to the staging of the match and threatened to hold protests against their Muslim-majority neighbors.

Last week state chief minister Virbhadra Singh caused a stir by refusing to provide security for the game, prompting the PCB to demand the match be shifted to a new venue.

Pakistan-India showdowns usually draw hundreds of millions of television viewers, making it the biggest box office attraction in the sport. But diplomatic tensions have meant that the two teams have not played any bilateral series for more than three years, and their rivalry is restricted to multi-national tournaments such as the World T20.

Fans would be given a full refund to the Dharamsala match or a ticket to watch the one in Kolkata, Richardson said. He said the decision to switch the venue was not unprecedented, adding that he was confident of a successful tournament.

“ICC has not lost faith in India. There are huge logistical challenges. There are 59 matches in total across eight venues,” he said. “India is a big and complicated country in many respects. There are challenges with every ICC event. It’s not unprecedented.”