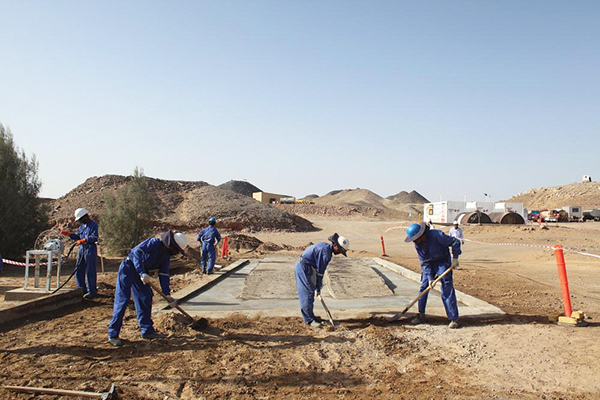 An arbitration tribunal of the World Bank’s International Center for Settlement of Investment Disputes (ICSID) on Tuesday ruled against Pakistan on the Tethyan Copper Company’s plea against Islamabad’s “unlawful” denial of a mining lease for the Reko Diq project in 2011.

In a statement posted on its website, Barrick Gold Corporation—which is a joint partner in Tethyan with Antofagasta—said the tribunal’s decision had rejected Pakistan’s final defense against liability. Islamabad’s actions violated several provisions of its bilateral investment treaty with Canberra, where the Tethyan Copper Company is incorporated, it added.

The tribunal will now begin the damages phase of the proceedings, during which it will determine the amount Pakistan must pay to Tethyan in compensation. The ruling on the overall sum of the damages, by some estimates around $10 billion, is expected next year. Under ICSID rules, its judgment cannot be appealed and every signatory state must treat its rulings as it they were awarded by the country’s own courts. This means Pakistan will either have to pay whatever damages it is deemed are owed or default, risking isolation from international markets.

The Reko Diq project was expected to require an initial capital investment of over $3 billion, with a potential mine life of 50 years or more. Lacking resources, the Balochistan Development Authority entered into a joint venture with BHP Minerals, a Delaware-incorporated company, to mine copper in the region in 1993.

The deal, which gave BHP exclusive rights to prospect in certain areas, also granted the BDA a 25 percent interest in any commercial development arising out of the exploration. In April 2000, the BHP entered into an agreement with the Tethyan Copper Company and transferred its 75-percent stake, which was confirmed through a 2006 agreement signed with the Balochistan governor.

Tethyan claims it invested about $220 million in Reko Diq between 2006 and 2011 and found commercial grade copper. This discovery was valued between $30 billion and $50 billion, which local journalists claimed would benefit the foreign company at the expense of Pakistan’s “national interest.” This prompted the Supreme Court to take suo motu notice of the matter.

The Iftikhar Chaudhry-led court, in 2013, ruled that the original 1993 agreement was void and, as such, all subsequent agreements between Balochistan and Tethyan were also void. By this time, Tethyan had already initiated international arbitration, leaving the government with little recourse other than to contest it. The amount Islamabad may be forced to pay out, say some experts, could well exceed any potential revenue it would have lost based on the original agreement’s terms.