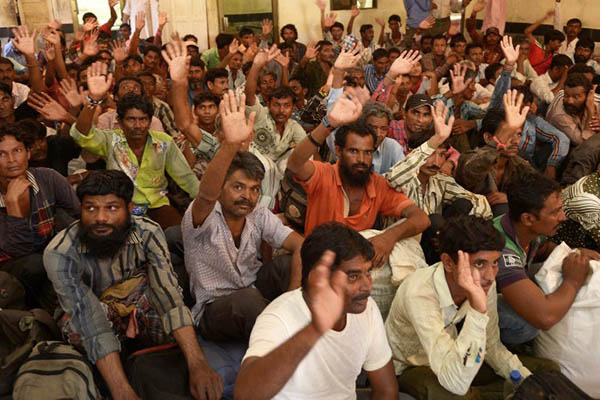 President of the Pakistan Fisherfolk Forum claims around 200 Pakistani fishermen are due for release from India.

Pakistan on Thursday released 113 Indian fishermen after a similar gesture by New Delhi was announced to mark the start of the Muslim holy month of Ramzan.

The fishermen, who had been kept in a Karachi jail for nine months to a year, were put on a train bound for Lahore from where they will cross back to their home country. “We have released 113 Indian fishermen on the orders of the government,” said Mohammad Hussain Sehto, the jail chief.

Muhammad Ali Shah, president of the Pakistan Fisherfolk Forum, said “around 200” Pakistani fishermen were to be released.

Modi’s call came after a war of words between the neighboring nations, including a recent speech he delivered in Bangladesh that touched on its war and secession from Pakistan as well as a junior Indian minister’s veiled threat to carry out military operations inside its rival’s territory.

Fishermen are frequently arrested along with their boats by both India and Pakistan as the maritime border in the Arabian Sea is poorly defined, and many fishing boats lack the technology needed to be certain of their precise location. Both countries also use the release of fishermen to express goodwill from time to time.