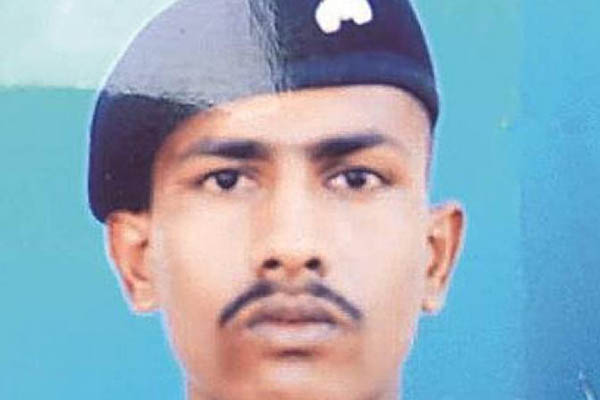 Islamabad on Saturday said it had released an Indian soldier who had strayed into its territory in the disputed Kashmir region, returning him to Indian authorities.

Chandu Babulal Chohan deserted his checkpost on Sept. 29, the date India said it had carried out surgical strikes across the heavily militarized border against its neighbor in retaliation for an army base raid that killed 19 soldiers. Pakistan has vehemently denied any such strikes took place.

Chohan was handed over at the Wagah border, Pakistan’s ministry of foreign affairs said in a statement, adding the decision was based on “humanitarian grounds and the commitment to ensure peace and tranquility at the LoC and the Working Boundary.”

Tensions across the long-disputed Himalayan border reached dangerous levels last September after India blamed Pakistani militants for the army base assault, with dozens killed including civilians.