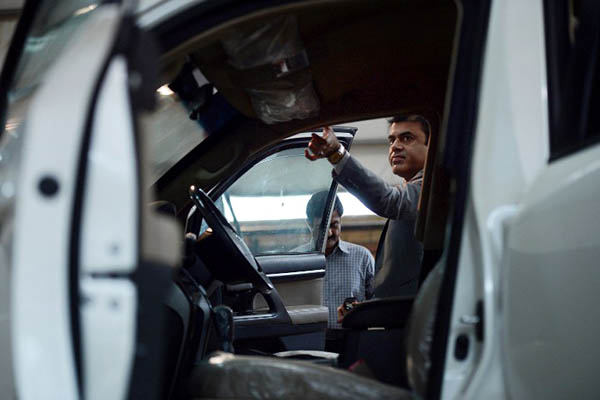 P.M. Sharif to travel to Kathmandu conference with his own vehicle, according to Nepalese official.

Prime Minister Nawaz Sharif has rejected the use of a bulletproof car provided by rival India for next week’s summit of South Asian leaders in Kathmandu, a Nepalese official said Monday.

Sharif “will be bringing his own car … all other vehicles for [visiting] heads of countries have come from India,” said foreign ministry spokesman Khaga Nath Adhikari. Adhikari denied the move was a snub specifically targeted at India, whose tense ties with Pakistan have worsened since October over some of the worst cross-border firing in years. “It’s not that they have refused to use an Indian car … when the U.S. president travels, he also brings his own car, it’s not an issue,” he said.

The South Asian Association for Regional Cooperation summit will see the leaders of Afghanistan, Bangladesh, Bhutan, the Maldives, Sri Lanka, Nepal, India and Pakistan meet in Kathmandu on Nov. 26 and 27. Recent exchanges of fire across the de facto border between India and Pakistan in Kashmir, which both countries administer in part but claim in full, have killed at least 20 civilians and forced thousands to flee their homes.

The neighbors, who have fought two wars over Muslim-majority Kashmir, have traded blame for the upsurge in firing and shelling which started on Oct. 6. India called off peace talks in August after Pakistan first consulted Kashmiri separatists, a move some saw as a sign of a tougher stance by Prime Minister Narendra Modi’s new rightwing government.