Pakistan to Resume Trade With India to Provide Relief to Poor: Hammad Azhar 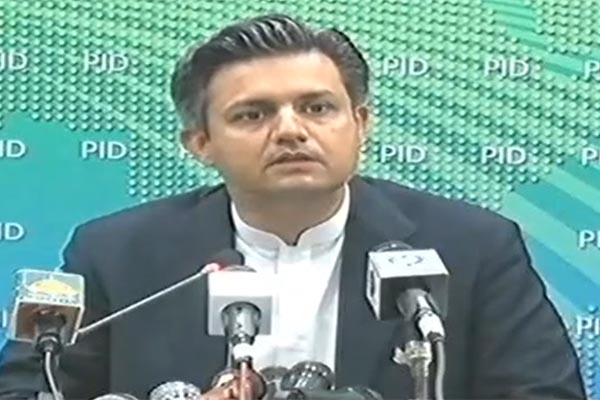 Pakistan’s Economic Coordination Committee (ECC) on Wednesday decided to allow the import of cotton, yarn, and sugar from India to help the export industry and reduce prices of sugar for the poor.

“In our neighboring country India, the price of sugar is quite cheap,” newly-appointed Finance Minister Hammad Azhar told a press conference in Islamabad. “So we have decided to resume sugar trade with India,” he said, claiming that the decision would reduce the price of sugar in Pakistan and provide relief to the impoverished, as other countries that Islamabad was importing from had higher rates of the commodity. According to sources, 500,000 metric tons of sugar would initially be imported from India.

The finance minister also noted that demand for cotton was growing in Pakistan, as the country’s textile sector required a large amount of the crop to fulfill export orders. Regretting that Pakistan’s cotton crop had proven insufficient in 2020, he said the ECC had decided it should also be imported.

“The import of cotton from India was banned and this had a direct effect on our small- and medium-enterprises,” he said. “At the recommendation of the Ministry of Commerce, we have decided to resume the trade of cotton with India,” he said.

Bilateral trade between Pakistan and India was suspended in 2019 following Delhi’s decision to unilaterally abrogate Article 370 of its constitution, which granted a special status to the disputed territory of Jammu and Kashmir. In a statement issued by the government following a meeting of the National Security Committee, it had said that the decision was being taken due to India’s actions in Kashmir.

Commencing his press conference, Azhar announced that, after consultations with the prime minister, the government had decided to reduce the prices of petrol and diesel in line with international tariffs. “The price of petrol will be reduced by Rs. 1.5/liter while the price of diesel will be slashed by Rs. 3/liter,” he said, adding that the decision was a result of the government having “some room” due to a reduction in prices at the international market.

The finance minister also said the incumbent government had brought about a positive change in the country’s fiscal reserves in the State Bank of Pakistan. “We made the State Bank of Pakistan autonomous,” he said, adding that the currency was now being traded at its “real value” rather than being propped up by government interference. He noted that the government had received a $500 million tranche from the International Monetary Fund, which would also boost the country’s reserves.

To a question about controversy over proposed legislation to make the State Bank of Pakistan more autonomous—which some in the opposition have claimed is removing Parliament’s right to hold it accountable—Azhar said the government would present the bill to Parliament for debate and was willing to make any reasonable changes. “Parliament is sovereign. No other institution in the country is sovereign,” he said.

To another question on whether there had been progress on getting Pakistan whitelisted by the Financial Action Task Force, the finance minister said Islamabad was trying its best to comply with the terror financing watchdog’s requirements. “We will move forward with the utmost hard work,” he said, adding that he did not want to comment on the situation any further at this stage.

The finance minister, who is an elected lawmaker in contrast to former finance minister Abdul Hafeez Shaikh, said he was aware that he was answerable to his constituents. He stressed that the government would enact policies that would ensure the welfare of the public and the national interest. “Sometimes the best decisions are the toughest ones,” he said.