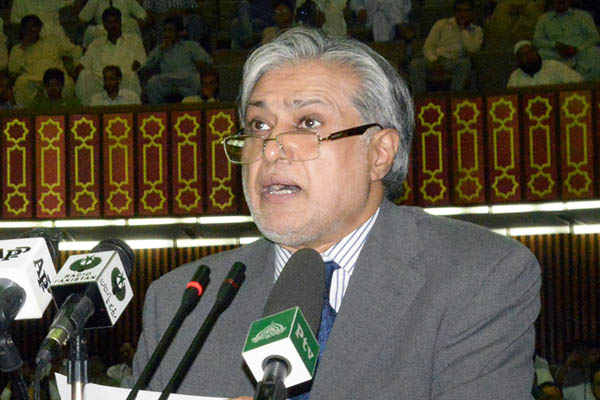 Pakistan is to hold talks with Switzerland on a new tax treaty in the hope of retrieving state assets illegally stashed in the European country’s secretive banking system.

Finance Minister Ishaq Dar told Parliament negotiations on a revised agreement with Switzerland would be held from Aug. 26 to 28.

Former president Asif Ali Zardari, who left office last September after five years, was dogged throughout his tenure by corruption allegations involving Swiss banks dating back to the 1990s. He was accused along with his late wife, former prime minister Benazir Bhutto, of using Swiss banks to launder $12 million of illegal kickbacks.

Switzerland enacted a new law in 2011 to make it easier for countries to recover assets stolen by politicians and hidden in its banks. In early 2012, Switzerland said it had returned $1.83 billion in illicitly placed assets to countries involved in the Arab Spring regime changes, but Pakistan’s current tax agreement does not allow it to take advantage of the law.

In a written reply to the Lower House of Parliament, Dar said the government was “seriously working to seek help of the new Swiss laws … to exchange heretofore confidential information about ill-gotten monies stashed up in the clandestine Swiss banking industry.”

Every one knows where to keep their money ( Ill-gotten funds). It is no secret who has transferred the money into secret Swiss accounts.The International law has provisions that allow the State to claim and recover tainted or stolen money. It is not new thing. The government is still thinking about to contact the Swiss authorities to reclaim stashed awy money by corrupt bureaucrats, politicians and businessmen.

The government should gear up and get the money before it is transferred to some place else.