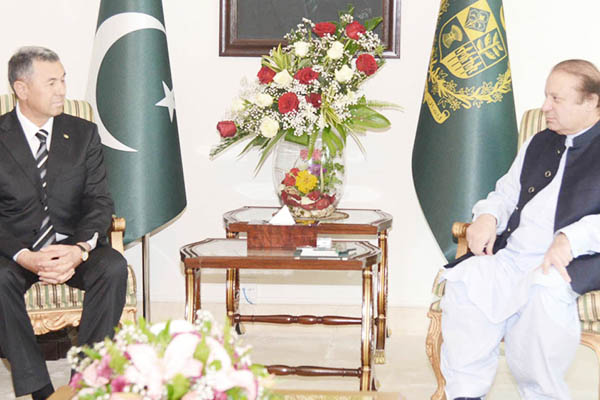 Construction on the TAPI gas pipeline is due to commence in December.

The construction of a $10 billion gas pipeline stretching from Central to South Asia is set to begin in December, Pakistani officials said Monday after meeting with a delegation from Turkmenistan.

Turkmenistan, Afghanistan, Pakistan and India have long planned the ambitious project to meet growing energy needs in the three South Asian countries but administrative issues and unrest in Afghanistan have so far delayed its realization.

The Turkmen authorities however on Monday told Prime Minister Nawaz Sharif that ground on the pipeline, dubbed TAPI, would be broken this year.

“The groundbreaking ceremony of the TAPI (Turkmenistan, Afghanistan, Pakistan, India) gas pipeline project will be held in December this year,” a government statement said.

But the project is politically complex, requiring cooperation between at least four governments, and logistically challenging, as the pipeline would pass through areas of Afghanistan and Pakistan plagued by Taliban and separatist insurgents.

France’s Total was working to take the lead on TAPI, but Russia is also said to have expressed interest.

Pakistan, struggling to meet its ever-increasing energy demands, has already renewed efforts to finish its under-construction pipeline from Iran after the landmark deal on Iran’s nuclear program lifted sanctions on the oil and gas rich country. The South Asian state is desperate for solutions to a long-running power crisis that has sapped economic growth and left its 200 million inhabitants fuming over incessant electricity cuts.

The $7.5-billion Iran-Pakistan (IP) pipeline was inaugurated with great fanfare in March 2013, but the project immediately hit quicksand in the form of international sanctions on Tehran, which meant cash-strapped Pakistan struggled to raise the money to build its side.