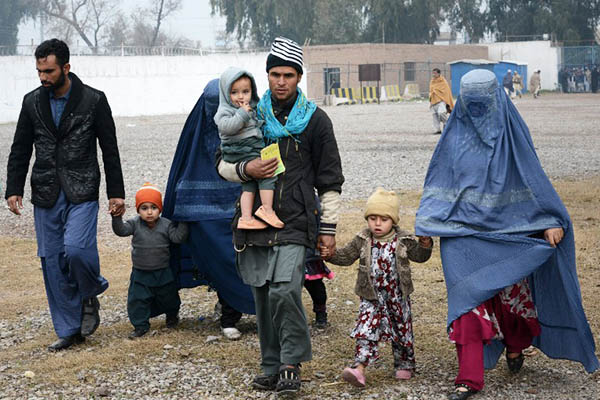 More than 65,000 Afghans have been driven out of Pakistan since the start of the year after coming under intense scrutiny following a Taliban massacre of 150 people in December 2014—billed as Pakistan’s “mini 9/11.”

The refugees who remain are viewed with deep suspicion inside Pakistan and are routinely accused by authorities of harboring militants.

“The Pakistani police’s outrageous mistreatment of Afghans over the past year calls for an immediate government response,” said Phelim Kine, deputy Asia director at Human Rights Watch, in a report entitled: ‘What Are You Doing Here?’: Police Abuses against Afghans in Pakistan. “The Pakistani government should press the police to apprehend perpetrators of atrocities instead of scapegoating the entire Afghan community,” he added.

The report noted that in June, the federal minister for States and Frontier Regions, Abdul Qadir Baloch, announced that there would be no official reprisals against the country’s Afghan population in response to the Peshawar attack.

“Despite that promise, Pakistani police have pursued an unofficial policy of punitive retribution that has included raids on Afghan settlements; detention, harassment, and physical violence against Afghans; extortion; and demolition of Afghan homes,” HRW said.

Such police abuses have prompted fearful Afghans to restrict their movements, leading to economic hardship and curtailing access to education and employment. “This oppressive situation has prompted large numbers of Afghans to return to Afghanistan, where they face a widening conflict and continuing insecurity,” the report said.

Deteriorating conditions in Afghanistan have already prompted more than 80,000 Afghans to leave their country in 2015 and seek asylum in Europe, according to the rights group. Afghans uprooted by police abuses in Pakistan, where many have lived for decades, to return to Afghanistan may well add to the numbers of those seeking refuge in Europe as conditions deteriorate in Afghanistan, it added.

“The Pakistani government needs to develop a long-term strategy that emphasizes the protection of its Afghan population rather than pursue a vindictive punishment policy that is as unlawful as it is inhumane,” said Kline.

Hundreds of thousands of people fled Afghanistan during the last three decades of war, with a majority of them taking refuge in neighboring Pakistan.