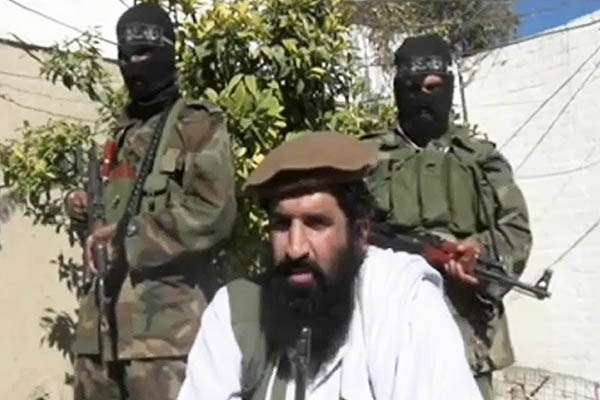 Shahidullah Shahid, alias Sheikh Abu Omar Maqbul, was removed over his support for Islamic State and differences with Mullah Fazlullah.

The influential spokesman of the Pakistani Taliban has been sacked for pledging allegiance to the Islamic State group and for feuding with his leader Maulana Fazlullah, according to a statement and senior commanders.

It is the latest sign of deepening divisions in the Tehreek-e-Taliban Pakistan (TTP), which was formed in 2007 but has recently undergone numerous splits that analysts say have harmed its operational capacity.

The move came after Shahidullah Shahid, who became the militant group’s spokesman in 2013, was apparently heard in an audio recording last week pledging allegiance to I.S. jihadists who have taken over large parts of Iraq and Syria. The audio could not be independently confirmed nor could Shahid be reached to verify it.

In a statement published on its Facebook page, the Tehreek-e-Taliban Pakistan (TTP) said he was no longer a member of the group and that its leader Maulana Fazlullah swore fealty only to Afghan Taliban leader Mullah Omar. “As for the matter of pledging allegiance to the [Islamic] State, the emir of the Movement, the seeker of truth Fazlullah, may Allah preserve him, explained that we pledge to the Emir of the Believers Mullah Muhammad Omar, may Allah preserve him and protect him.”

It added that “Shahidullah Shahid” was not a real name but a nom de guerre, and that the ex-spokesman’s real name was “Sheikh Abu Omar Maqbul.” The statement did not mention when the next spokesman would be named.

Two senior commanders confirmed the move. One of them said internal feuding had played a major part in the decision.

“The real reason was that there were differences between Shahid and TTP chief Fazlullah over the command of the group,” he said, speaking over the phone from an undisclosed location.

Shahid was vocal about urging Fazlullah to come to North Waziristan, where the Pakistan military launched an offensive in June, to lead the group from the front, instead of issuing orders from Afghanistan’s Kunar province by satellite phone, said the commander. “Secondly, Shahid was also annoyed that he was not taken into confidence by Fazlullah on mending relations with the Sajna faction,” the commander added, referring to an influential faction of the powerful Mehsud tribe that split from the leadership in May.

Last month militants from the Mohmand tribal district announced the formation of a new bloc called the Jamaat-ul-Ahrar, further fracturing the TTP.