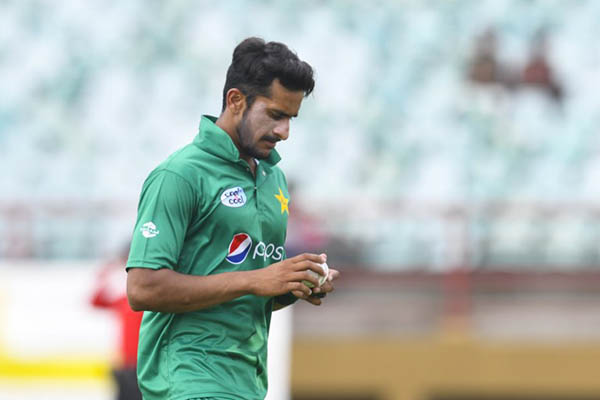 Pakistani paceman Hasan Ali hopes the Champions Trophy final with rivals India will see him continue to live the dream he had before the competition started.

The 23-year-old has been central to Pakistan’s progress since a woeful 124-run defeat by India in their tournament opener at Edgbaston on June 4 and heads into Sunday’s final at the Oval as the 2017 edition’s leading wicket-taker with 10 at an average of just 17.20 apiece.

Given that Bhuvneshwar Kumar, India’s most successful bowler, has taken six wickets so far, it will take something special to stop Ali from finishing as the leading wicket-taker in a tournament featuring the world’s top eight one-day international sides.

Ali’s achievement is all the more impressive given he only made his ODI debut in August last year. “It’s like a dream,” Ali told AFP on Friday. “I set a goal for myself during the West Indies series [in Guyana in April] and it was to become the best bowler in the Champions Trophy. I want to achieve that goal,” added Ali, whose 20 career ODIs have yielded a haul of 39 wickets at an average of 23.92—impressive figures in a form of the game where, with fielding restrictions and increasingly short boundaries, the odds are often all in favor of batsmen making big scores. “Now when I knew that the best bowler will get a ‘golden ball,’ I am determined to get that souvenir as it will be my first in my career.”

Ali’s impressive array of skills were on show during Pakistan’s dominant eight-wicket semi-final win in Cardiff on Wednesday against an England side previously unbeaten in the tournament. Unafraid to go round the wicket, Hasan took three for 35—all top-order wickets—against a powerful batting line-up as England slumped to 211 all out.

The pick of his dismissals was when Ben Stokes, fresh from his ODI best 102-not out in Australia in the group stage, was completely deceived by a slower ball that landed on a near yorker length and spooned a catch to mid-off.

Ali paid tribute to the influence of Pakistan bowling coach Azhar Mahmood, himself a vastly experienced former international seam-bowling all-rounder who also spent several seasons in English county cricket, notably with Oval-based Surrey. “I will give the credit for my improvement to Azhar Mahmood, who has been working very hard with us bowlers,” said Hasan, adding: “I have the much needed rhythm, so I will do my best to continue that.”

Pakistan’s resurgence since their opening defeat by India has been something to see even allowing for their reputation as world cricket’s most “unpredictable” team and Ali insisted the pressure of playing India, the title-holders, in a final would not cause his side to retreat back into their shells.

“I am very positive about the final,” said Ali, who took one for 70 when the teams met in the group phase. “The mistakes we committed in the first game will not be repeated and we will try to execute the plans given by coaches,” he added.

Ali’s exuberant celebration when he takes a wicket, with the bowler leaping high in the air, with arms and legs then going out at different angles, has become one of the signature sights of this Champions Trophy. “It’s a bit different,” he said. “I enjoy it very much and I hope [Pakistan] fans will pray that I do this four or five times in the final.”

If he does, favorites India had better look out.