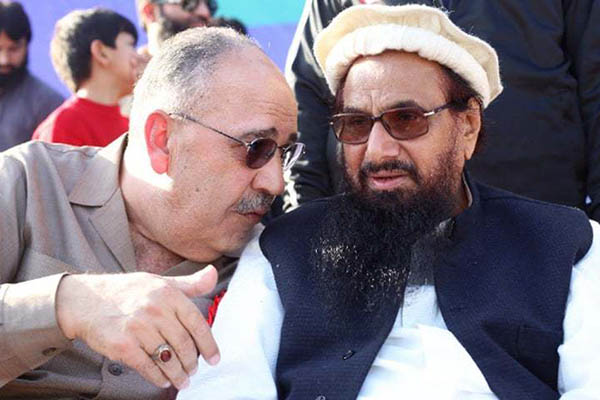 The Palestinians have recalled their ambassador to Pakistan following an Indian protest over his appearance at a rally also attended by a radical preacher linked to the 2008 Mumbai attacks.

Ambassador Walid Abu Ali came under fire for attending Friday’s rally in Rawalpindi in protest at the U.S. decision to move its embassy from Tel Aviv to Jerusalem. The rally was organized by the Defense of Pakistan Council, an alliance of Islamist groups including Jamaat-ud-Dawa (JuD) headed by Hafiz Saeed.

Jamaat-ud-Dawa is believed to be a front for Lashkar-e-Taiba, a militant group that battles Indian troops in disputed Kashmir and was blamed for the Mumbai attacks, which killed 166 people.

The Palestinian foreign ministry said in a statement the envoy’s attendance at the mass rally “in the presence of individuals accused of supporting terrorism is an unintended mistake, but not justified.”

Accordingly, it said the ambassador was being recalled immediately.

Pakistan foreign ministry spokesman Mohammad Faisal said the rally was attended by thousands of people from all walks of life and more than 50 speakers addressed the meeting, including Saeed.

India’s foreign ministry said it had told the Palestinians that their ambassador’s association with “terrorist Hafiz Saeed, who is proscribed by the United Nations… is unacceptable.” It said in a statement the Palestinian side had expressed “deep regrets” over the incident and “will not engage with those who commit acts of terror against India.”

Jamaat-ud-Dawa is listed by the U.N. as a terrorist group and Saeed has a $10 million U.S. bounty on his head. He was held under house arrest from January to November following a Pakistani government crackdown.

Saeed denies involvement in the Mumbai attacks and Pakistan says there is not enough evidence to charge him. Islamabad also denies U.S. accusations that it harbors militants.

Six Americans were among 166 people killed during the three-day siege in Mumbai, when gunmen who arrived by sea sparked battles with Indian commandos. The drama brought India and Pakistan to the brink of war.

Saeed’s party says he has no links to terrorism, and his spokesman said he was placed under house arrest for speaking about the rights of people in the disputed Kashmir region.