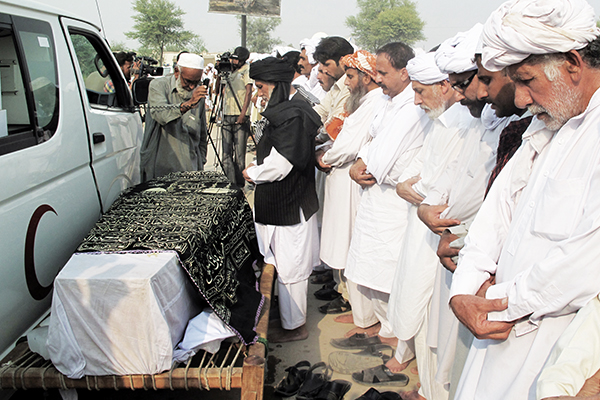 Less than a week after Khyber-Pakhtunkhwa’s law minister, Sardar Israr Ullah Gandapur, was assassinated by an Ansar ul Mujahideen suicide bomber at his home near Dera Ismail Khan on Eid day, a media report claimed that Pakistani courts acquitted 1,964 alleged terrorists over the last six years for apparent lack of evidence. The majority of those acquitted (1,197) went back to waging war against the state. The Army has long and bitterly complained about terrorism accused slipping through prosecutorial cracks and had lobbied the previous government for fresh laws to set right the problem and to provide protection to witnesses, judges, and prosecutors. Rising to the challenge, the current federal government—led by a party whose rivals accuse it of being soft on militants—has rolled out the controversial Protection of Pakistan Ordinance. The law allows security agencies to detain anyone suspected of anti-state activities for up to 90 days and conduct warrantless searches under the principle of guilty until proven innocent. Separately, the Punjab is constituting a new counterterrorism force of its own. Its heart may be in the right place but given how law enforcement works in Pakistan we may just be starting a dark new chapter in the country’s sorry story of human rights.