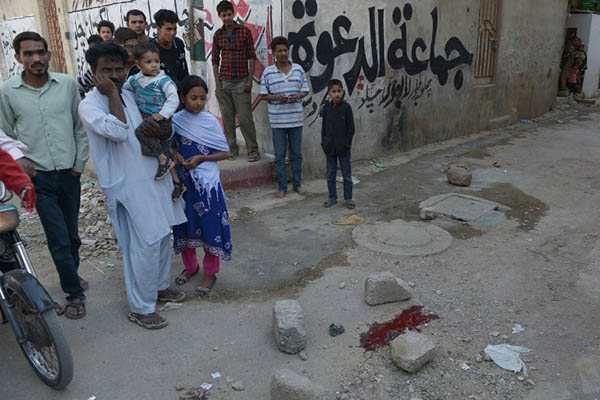 Gunmen on Monday wounded a policeman who was guarding a polio vaccination team in Karachi, the latest in a series of attacks on the teams in the country.

The attack took place on the first day of a four-day local anti-polio campaign in Orangi Town. Unidentified gunmen riding a motorbike opened fire at the team and then fled, police said.

“Two gunmen opened fire at the policeman who was on duty to guard the vaccinators,” said Ali Asif, a senior police official in the area, adding that the vaccination campaign in the area had now been postponed. The policeman is critically ill after a bullet passed through his skull, said Dr. Mohammad Abid in the city’s Abbasi Shaheed Hospital.

Pakistan is one of only three countries where polio remains endemic. Attempts to stamp it out have been badly hit by opposition from militants and attacks on immunization teams that have claimed 68 lives since December 2012. The militants claim that polio vaccination is a front for espionage or a conspiracy to sterilize Muslims.