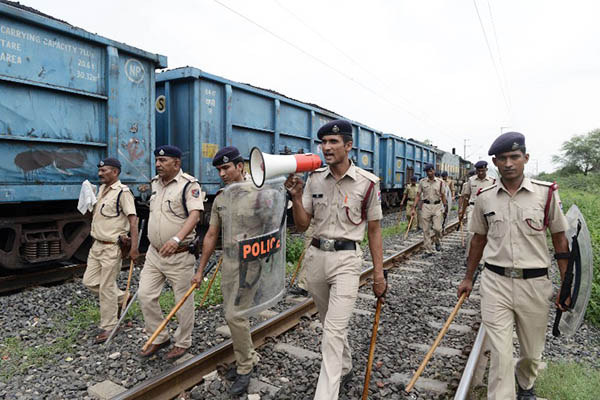 Twenty-eight-year-old died in Gujarat police custody after being arrested for taking part in rally that turned violent.

A court in Gujarat ordered an inquiry Friday into the death of a protester in police custody, in a case that could further exacerbate tensions in the Indian prime minister’s home state.

Shwetang Patel, 28, died after he was detained on Tuesday for taking part in a mass rally that turned violent. Police said he had died on the way to hospital after falling unconscious while in custody.

But an autopsy ordered by the Gujarat high court after a complaint from Patel’s family found he had suffered a brain hemorrhage as a result of a head injury.

“The police has no answer as to how my son died. My only option was to approach the court for help and get justice,” Patel’s mother Prabhaben told reporters in Gujarat’s main city of Ahmedabad.

The family’s lawyer B. M. Mangukiya told reporters the court had ordered an investigation “after going through the second postmortem report that suggested the youth died of shock and brain hemorrhage due to head injuries.”

Another lawyer, Chetan Pandya, said the court also ordered the state government to take action against officers who had harmed innocent people and damaged private property after the protest. “The state government too agreed to take action after the court said that those policemen who have violated the law should not go scot-free,” Pandya told AFP, adding that the court demanded a detailed report by Sept. 3.

At least 10 people died in clashes that broke out between police and rioters in Ahmedabad late Tuesday before spreading to other parts of the western state. The protesters were demanding that the Patidar caste, one of the state’s most affluent communities many of whom carry the name Patel, receive the same preferential treatment as some lower castes on government jobs and university places.

Authorities deployed thousands of troops and declared a curfew and the situation has since calmed, but tensions between police and the Patidar community are running high.

India sets aside a proportion of government jobs and university places for some castes under measures intended to bring victims of the worst discrimination into the mainstream. But the policy causes resentment among other communities, who say it freezes them out from cushy government jobs.

Gujarat was run for over a decade by Indian Prime Minister Narendra Modi and is one of the country’s most affluent states.

Political leaders appeared to have been taken by surprise by the scale of the protest movement, which began earlier this year but has rapidly gathered pace in recent weeks.