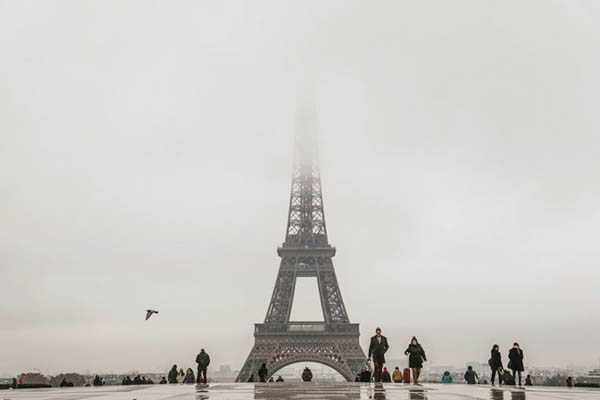 Air bookings to French capital down by 6.8 percent for first quarter of 2019

Weeks of anti-government protests in France that have often degenerated into violent clashes in Paris are keeping tourists from one of the most visited cities on earth, officials said on Friday.

Christian Mantei of the Atout France promotional agency said international passenger arrivals to Paris airports were down 5 to 10 percent in December, when thousands of “yellow vest” protesters hit the streets on successive Saturdays. Looking ahead, air bookings to Paris for the coming three months are down 6.8 percent from the same period last year, Mantei said.

He and Tourism Minister Jean-Baptiste Lemoyne held video conference calls on Friday with around a dozen French ambassadors around the world to evaluate the protests’ impact on tourism levels. “The situation depends on the countries; people from Asia in particular are worried and need to be reassured,” Lemoyne said. “But there are positive signals from Europeans, who make up the biggest grouping” of foreign tourists, he added.

Lemoyne said he met this week with key players in the French tourism industry, including managers at the Eiffel Tower and the high-end Galeries Lafayette department store in the capital.

“Reservations and arrivals plunged in December, including Christmas and New Year’s,” Lemoyne said, referring to a month when shocking scenes of protesters ransacking the Arc de Triomphe and battling police made headlines around the world. “But France was doing quite well earlier in 2018, which we hope will be a record year, with around 90 million foreign tourists,” he said.

The government is looking at ways to reassure foreigners that “life goes on” despite the weekly protests that began last November. “France was able to rebound after the tragic events of 2015,” when jihadist terrorists killed hundreds in mass attacks, “and the desire to see France remains,” Lemoyne said.