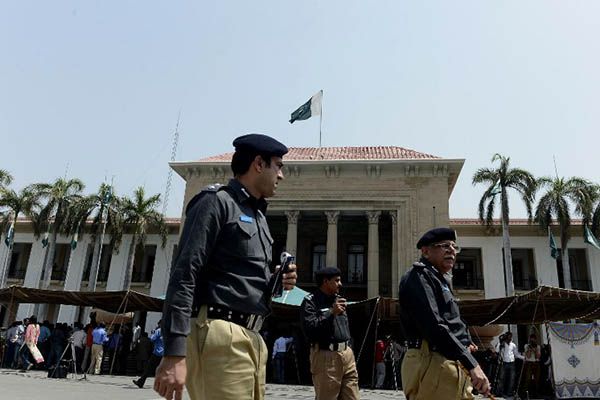 Is the demand for a South Punjab province yet another attempt to eradicate the Sharif clan from Pakistan’s politics?

A group of South Punjab-origin lawmakers belonging to the Pakistan Muslim League (Nawaz) have resigned from the party and are now demanding a new ‘Seraiki’ province. One of these men, a member of the National Assembly, had actually jumped ship earlier when the “blasphemy bill” scandal hit the ruling party last year. It was the wrong bandwagon to join, and he subsequently repented and returned to the fold. This time, however, the gang feels more confident, likely believing that ousted prime minister Nawaz Sharif might end up in jail in the near future.

What will happen with the Seraiki Province issue in the end? No doubt, Punjab is abnormally large and anyone winning a majority in the province is most likely to rule at the center. Before the 18th Amendment, the country was not decentralized, which meant Punjab ended up ruling all the provinces. The Punjab-based PMLN doesn’t want the Seraiki province, and as long as it commands a majority in the Punjab Assembly—which has to ask for division of the province—it can block any attempts in that regard. The PPP wanted it during its last tenure, but was befuddled by the PMLN-dominated Punjab Assembly’s 2012 resolution that four more provinces be created in the federation: South Punjab, Bahawalpur, Hazara and FATA. It also generally supported more provinces: India had 16 provinces in 1947; it has 28 today.

This jolted the PPP, which didn’t want Sindh divided, even as rival MQM welcomed the idea. Khyber-Pakhtunkhwa also became lukewarm about the Seraiki province issue, over fears of losing Hazara. The PTI, currently ruling in Khyber-Pakhtunkhwa, must take note of South Punjab politician Jamshed Ahmad Khan Dasti’s demand of the inclusion of Dera Ismail Khan in the new Punjab province. This should remind us that Punjab, too, might get disturbed after Bahawalpur, Multan and Dera Ghazi Khan divisions are separated from it. Many other regions not geographically contiguous might agitate to leave Punjab because of their Seraiki language affinity.

The decentralizing 18th Amendment has not been properly implemented and Pakistani politicians want to grab funds meant for the local governments, which they simply don’t allow to become functional. The end of the Sharif phase in Pakistani politics might require the division of Punjab and the deserting PMLN politicians might simply be pawns in this game plan.