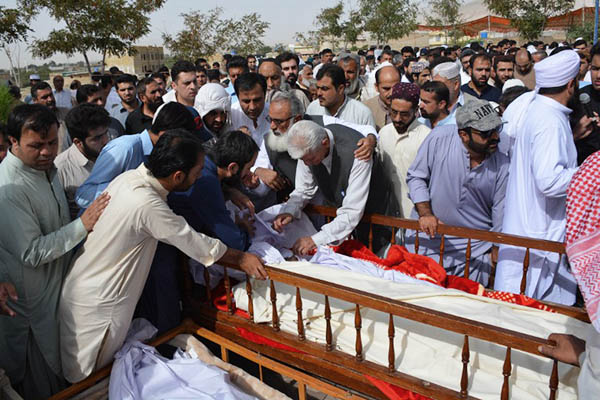 U.N. chief urges Islamabad to do its utmost to bring perpetrators to justice.

United Nations Secretary-General Ban Ki-moon condemned the “terrorist bombing” at a hospital in Pakistan’s Balochistan province on Monday, saying it was “particularly appalling” that the suicide attack targeted a group of mourners.

The bomber struck a crowd of some 200 people gathered at the Civil Hospital in Quetta after the fatal shooting of a senior local lawyer earlier in the day. At least 70 people died in the attack and more than 100 were wounded.

Ban urged the Pakistani government to do its utmost to bring those behind the attack to justice.