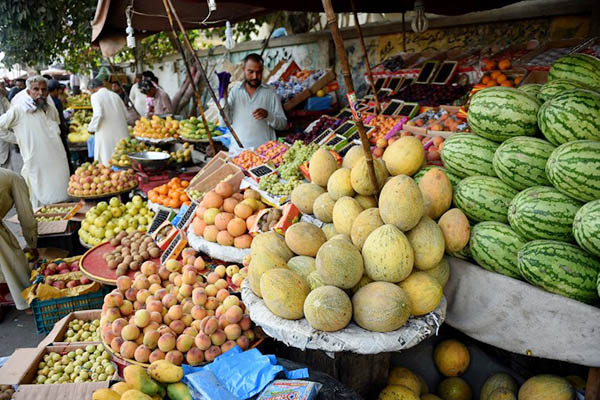 In the sacred month of Ramzan there are many popular myths that should be understood differently, one of them being the annual, “dastardly” price hike. One newspaper editorialized: “Across the country, in anticipation of and during the period of fasting, prices of daily essentials are jacked up in order to gain advantage over what is undoubtedly a hostage clientele-base.” The commissioner of Karachi held a meeting before the onset of fasting “to formulate a strategy to contain profiteering during Ramzan.”

Commentary on local media refers to the holiness of the month when pieties are practiced rather than the deception of artificial hikes in the price of eatables. Apocalyptic reference is also made to the hellfire in which the “hikers” will be burned in the hereafter. These “sinners” include the shopkeepers, the suppliers in the “mandi” where the retailer picks up his supply, most of them belonging to the poor class. Then there are the “one-timers,” ordinary citizens who set up stalls only during the holy month to earn a little extra income. Presiding over this “impious” profit-gouging is the unseen “big man” who controls transport and hikes the price starting with the hinterland of production away from the big city.

What is ignored is the hike in demand during the holy month that prompts this profiteering. This hike is extraordinary because it comes from a section of the population whose poverty normally kills demand and keeps the market in equilibrium. Even the salaries don’t rocket upwards because the poor will settle for a monthly pay lower than the officially declared minimum. During Ramzan, that 90 percent of the population starts consuming because of their religious adherence. The unfamiliar over-consumption may spread stomach-related disease but the price mechanism is impervious to appeals of self-denial. The world has failed in policies of price-control. Only a fall in demand can bring the prices down. That’s the law, and the demand rocketing in 90 percent of the population known to be below the poverty line is unstoppable.