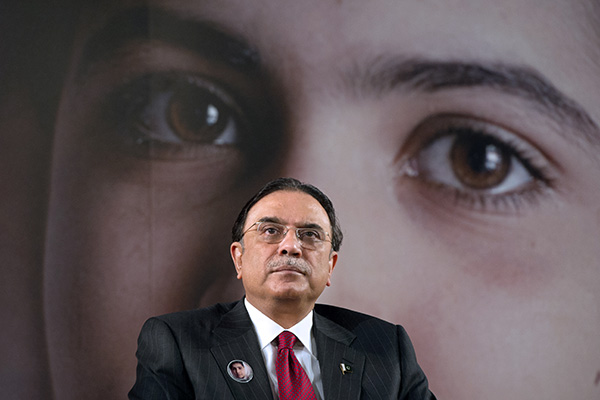 The PPP’s craven kowtowing to religious parties over bill on forced conversions reveals its view of human rights as political tool.

Pakistan Peoples Party Co-chairperson Asif Ali Zardari has given his word to Jamaat-e-Islami chief Sirajul Haq that the Sindh Assembly led by his political party will strike down a recently passed law meant to protect non-Muslim girls from being forcibly converted to Islam.

Sindh boasts Pakistan’s largest population of Hindus and a part of its Christian community—and also many reports of forced conversions. The Sindh Criminal Law (Protection of Minorities) Bill would have addressed the maltreatment of these two minority communities and assured Islamic law, which forbids forcible conversion, was adhered to.

The Movement for Solidarity and Peace, which campaigns against religious violence in Pakistan, holds that “forced conversions generally involve the abductions of girls or young women who are then converted to Islam and married.” It is estimated that 100 Christian girls and at least 300 Hindu girls suffer such conversions every year. The non-governmental organization also presented a case on forcible conversion at the U.S. Congress.

The law passed in the Sindh Assembly laid down that “change of religion will not be recognized until the person reaches 18 years of age,” otherwise “perpetrators will get five years in jail.” Jamaat-e-Islami Secretary-General Liaquat Baloch attacked the language: “The provincial assembly has passed the bill in haste to please some foreign lobbies. We will not let it sail through and will challenge it in the Council for Islamic Ideology and the Federal Shariat Court.”

Minority lawmakers Nand Kumar and Khatumal Jeewan tabled the legislation—and praised the PPP when the law was passed. They must feel shortchanged by the provincial ruling party, which is treating the human rights issue as a political tool to be deployed in their predicted battle with the PMLN at the national level.