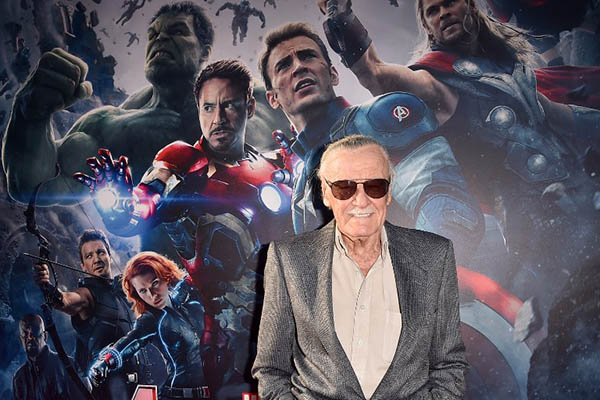 Tributes pour in for late Stan Lee, the co-creator of dozens of iconic Marvel Comics superheroes

Tributes poured in on Monday for Stan Lee—the co-creator of iconic superheroes including Spider-Man, The Hulk and the X-Men—following his death at age 95.

These are some of the ways in which the Marvel Comics legend is being remembered:

“We’ve lost a creative genius. Stan Lee was a pioneering force in the superhero universe. I’m proud to have been a small part of his legacy and… to have helped bring one of his characters to life. #StanLee #Wolverine”—Hugh Jackman, actor who played Wolverine

“I owe it all to you,,, Rest In Peace Stan…”—Robert Downey Jr., actor who played Iron Man

“There will never be another Stan Lee. For decades he provided both young and old with adventure, escape, comfort, confidence, inspiration, strength, friendship and joy. He exuded love and kindness and will leave an indelible mark on so, so, so many lives. Excelsior!!”—Chris Evans, actor who played Captain America

“How many millions of us are indebted to this guy, none more so than me. The father of Marvel has made so many people so incredibly happy. What a life and what a thing to have achieved. Rest in peace Stan.”—Tom Holland, actor who played Spider-Man

“His contribution to Pop Culture was revolutionary & cannot be overstated. He was everything you hoped he would be & MORE. I loved this man & will never stop missing him. They say you should never meet a childhood idol. They are wrong. #RIPStanTheMan.”—Mark Hamill, actor who played Luke Skywalker

“Devastated by my pal Stan’s passing. He was a childhood inspiration, an instructor to me when I was just getting started and a genuinely sweet man. Will miss him terribly.”—Frank Miller, cartoonist

“You let us be extra human… superhuman even. I am deeply honored to have been a small part in the Stan Lee constellation.”—Mark Ruffalo, actor who played The Hulk

“I believe with all my heart that #StanLee would want to be celebrated today. Even through your tears, let’s flood the internet with all the artwork, good, great or awful, that’s ever been created in Stan’s name.”—Evangeline Lilly, actress who played The Wasp

“No one has had more of an impact on my career and everything we do at Marvel Studios than Stan Lee. Stan leaves an extraordinary legacy that will outlive us all. Our thoughts are with his daughter, his family, and his millions of fans. #ThankYouStan #Excelsior!”—Kevin Feige, head of Marvel Studios

“Today, we lost a real-life superhero. Stan Lee, thank you for everything.”—The Academy of Motion Picture Arts and Sciences

“Born before Edwin Hubble discovered the expanding universe, he ultimately created an expanding universe of his own – one of scientifically literate superheroes such as Spider-Man, The Hulk, Iron Man, & Black Panther. Stan Lee RIP: 1922 – 2018.”—Neil deGrasse Tyson