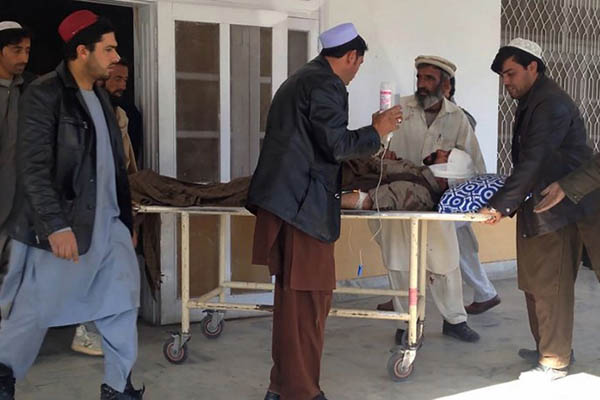 At least eight people, believed to be Shia Muslims, killed in attack

A roadside bomb on Tuesday killed eight people including three women and a child in the Kurram Agency near the Afghan border, in the latest attack apparently targeting Shia Muslims.

He said officials were struggling to identify the mutilated victims but initial evidence suggested all the passengers were Shia Muslims.

A local intelligence official confirmed the incident and casualties.

Upper Kurram has been the scene of several bomb attacks targeting Shia Muslims in the past. No group has claimed responsibility for the attack but Pakistan has frequently been hit by sectarian violence in recent years.

Sunni militant groups linked to Al Qaeda and the Taliban often attack Shia Muslims, who make up some 20 percent of Pakistan’s population.

Kurram is one of the seven semi-autonomous regions that form the tribal belt along the Afghan border. Militants linked to the Taliban and Al Qaeda have taken sanctuary there for over a decade.

The tribal districts are among the poorest areas in Pakistan and often complain of neglect by Islamabad. They also remain a top target for militant groups, despite a dramatic improvement in security in the country at large in recent years.