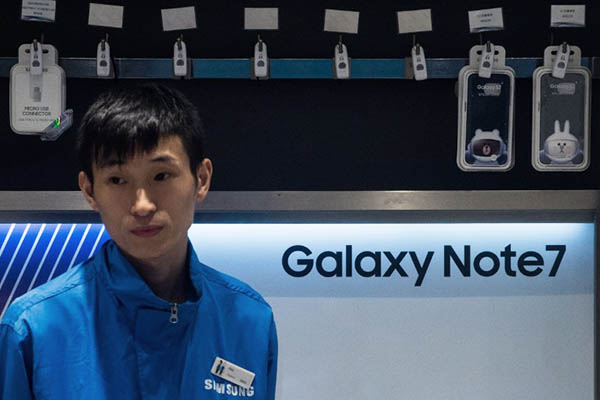 Samsung took out advertisements on Monday in major U.S. newspapers to apologize for the Galaxy Note 7 scandal in which fire-prone batteries forced a global recall of the popular smartphones.

The full-page ads in the Wall Street Journal, New York Times and Washington Post admitted the company “fell short” on its promise of delivering “breakthrough technologies that enrich people’s lives.”

“For this we are truly sorry,” the company said. It promised a full and open investigation into the Galaxy debacle.

The huge South Korean manufacturer was forced to recall some 2.5 million of the flagship Note 7s following complaints that its lithium-ion battery exploded while charging—and at other times. The company also had to recall the first replacements it sent out to consumers after they proved just as dangerous.

“We will re-examine every aspect of the device, including hardware, software, manufacturing and the overall battery structure. We will move as quickly as possible, but will take the time needed to get the right answers.”

The ads also noted the recall that Samsung announced last week for nearly three million clothes washers to fix the tops, which could become loose and fly off while the machine is running. “Safety remains our top priority,” the company said.

The smartphone problem resulted in a 30 percent plunge in Samsung’s third quarter profits and appeared to boost phone sales for rival Apple.