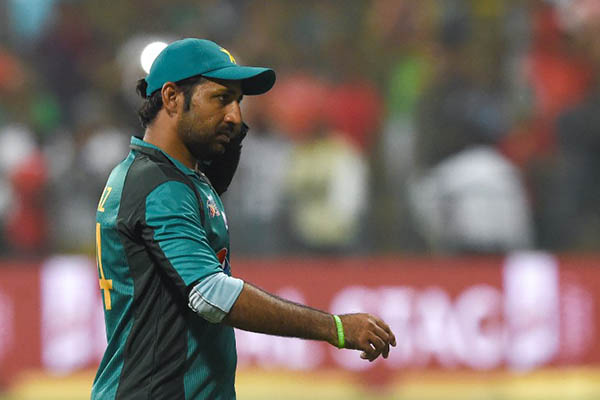 Disappointed Pakistan captain Sarfraz Ahmed has revealed he lost sleep for six days during his team’s flop at the Asia Cup.

Pakistan lost their must-win game against Bangladesh by 37 runs in Abu Dhabi on Wednesday, meaning they failed to qualify for Friday’s final in Dubai.

Bangladesh will face defending champions India in the final.

Sarfraz said the pressure of captaincy and not scoring runs led to some disturbed nights. “Look, the pressures of captaincy are always there,” said Sarfraz. “Pakistani captains, whoever they are, always have pressure. Obviously when you aren’t performing and the team is losing then there is more pressure. The truth is that if I say I haven’t slept for the last six nights nobody will believe me, but… this is part of life and it will go on.”

Sarfraz, who was appointed captain for all three formats last year, urged the authorities not to take any hasty decisions. “I will say again we don’t need to press the panic button. We need to back the players who have been doing well in the recent past,” said Sarfraz, who managed just 68 runs in four matches. “My performance isn’t good so the team lost. The team lost because of me. I should’ve performed as a captain but I didn’t and we lost because of that.”

Sarfaz, who has been playing all three formats since the World Cup 2015, said it was up to the selectors to decide whether he should be rested. “This is not my job, this is the job of the selection committee and the PCB. Let them decide. I gave you an answer, it is not my job. My job is to play, I will play. I will keep playing.”

Sarfraz said with next year’s World Cup still eight months away, there was time to correct mistakes. “World Cup is far [away] and we have to play so many series,” said Sarfraz.

Before that Pakistan play 20 one-day internationals against New Zealand, South Africa, Australia and England. “We have to look at the various mistakes we committed. Our middle order comes on the new ball and that is why it struggled. We should not lose early wickets so we should work on that. It is alarming that we lost confidence during the Asia Cup. If you talk about the Champions trophy of the last year then we lost the first match to India badly, but then we lifted the trophy,” said Sarfraz of Pakistan’s win in England last year.