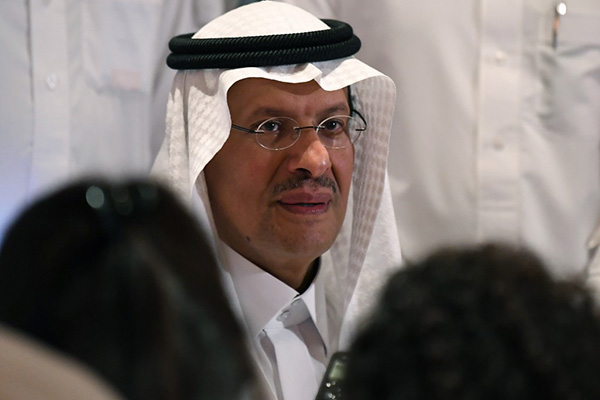 Saudi Arabia has temporarily halted production at two Aramco oil facilities that were attacked by Yemeni rebels, interrupting about half of the company’s total output, the energy minister said on Saturday.

The attacks “resulted in a temporary suspension of production at Abqaiq and Khurais plants,” Prince Abdulaziz bin Salman, the energy minister said in a statement carried by the official Saudi Press Agency. It led to the interruption of about 50 percent of total production, he added.

“These attacks resulted in production suspension of 5.7 million barrels of crude oil per day,” the state-owned Aramco said in a separate statement.

Aramco CEO Amin Nasser said work was underway to restore production and a progress update would be provided in the next two days.

The Houthi rebel drone attacks on Abqaiq and Khurais, two key Aramco facilities in eastern Saudi Arabia, are the latest in a series of raids on the kingdom’s oil installations in recent months. Nasser said “no injuries” were reported in the attacks.

The Iran-linked Houthi rebels said they launched “a large-scale operation involving 10 drones” on the facilities, the group’s Al-Masirah television reported.

Saudi Arabia, a key ally of Washington, has repeatedly accused Iran of supplying arms to the rebels. Tehran denies the charge.