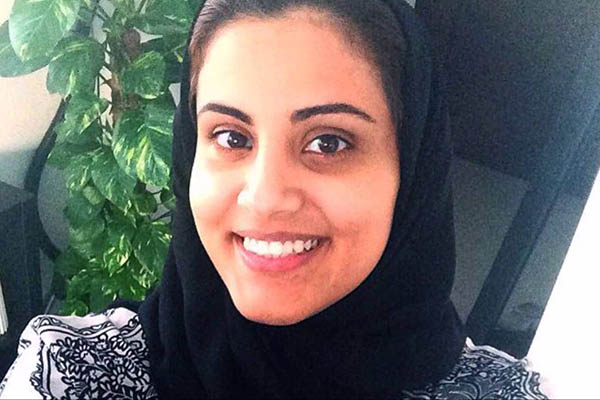 Saudi Arabian women’s rights activist Loujain al-Hathloul has been released after being detained by authorities this week, rights groups said on Thursday.

Amnesty International confirmed to AFP that Hathloul had been freed days after being detained at Dammam airport. Amnesty reported Hathloul, who was temporarily detained in 2014, was again held on Sunday “because of her peaceful work as a human rights defender speaking out for women’s rights.”

The Gulf Center for Human Rights said Hathloul was “released without further charges” on Wednesday, following her detention after arriving in Dammam from the United States for a family visit.

In November 2014, Hathloul tried to drive into Saudi Arabia from the neighboring United Arab Emirates in defiance of the kingdom’s ban on women driving. She was held for more than two months.

At the time, campaigners for Hathloul’s release did not provide full details of the allegations against her, but said investigations appeared to focus on social media use rather than driving.

Saudi citizens are highly active on social media including on Twitter, where many post anonymously under fabricated user names. However, Hathloul’s account, which has 288,000 followers, is run under her real identity.

Hathloul tried to stand for public office in November 2015, in the kingdom’s first election in which women were allowed to vote and stand for office. The activist said she was disqualified by the authorities.

Amnesty has said Hathloul was later recognized as a candidate, but her name was never added to the ballot.