Home Latest News Save the Children Offices Unsealed in Islamabad

Save the Children Offices Unsealed in Islamabad 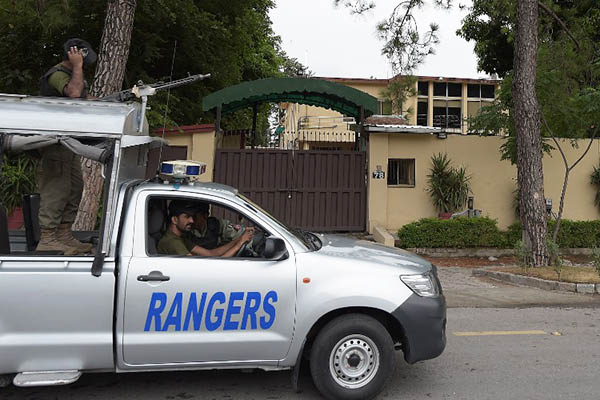 Charity maintains it has not engaged in any anti-state activities.

Save the Children said Wednesday its office in Islamabad had been unsealed but it would take time to resume operations across Pakistan after a crackdown on foreign aid agencies by authorities.

“The city administration unsealed our office in Islamabad today but it will take some time to completely resume our operations across the country,” said Saeed Ahmed, a spokesman in Islamabad for the British-based charity.

The government sealed Save the Children’s offices earlier this month, saying the charity was “working against the country,” and threatened to expel more foreign aid groups for supposedly undermining Pakistan.

“Save the Children welcomes the decision of Government of Pakistan to reopen its offices and operations in the country, and for publicly recognizing that Save the Children is a credible organization and has never been involved in any anti-state activities,” the charity said in a statement.

Pakistan has toughened its policies toward international aid groups in recent years, accusing them of acting as cover for spying operations.

In 2012 the government expelled the expatriate staff of British-based Save the Children, which has worked in Pakistan for over 35 years and employs 1,200 Pakistanis. That move came after Pakistani intelligence services accused the charity of links to doctor Shakeel Afridi, who was hired by the CIA to carry out a vaccination program as part of the search for Al Qaeda chief Osama bin Laden.

Save the Children has always vehemently denied any link to either Afridi or the CIA.