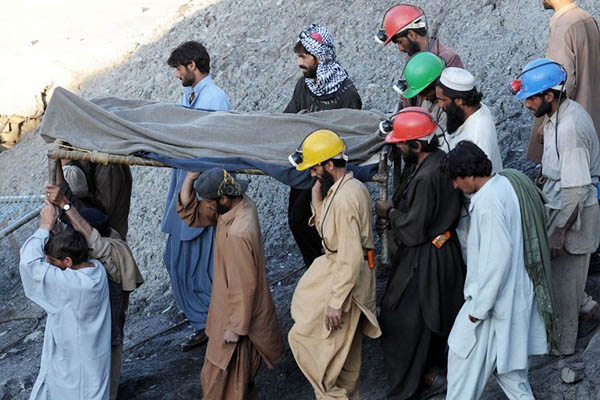 The coal mine collapsed on Thursday.

Rescue workers on Sunday retrieved the bodies of seven people killed in a coal mine collapse in Balochistan province, an official said.

The mine collapsed on Thursday burying the miners. A rescue worker was killed during the search operation when he was buried under rubble. His body was retrieved on Thursday.

“A section of the coal mine caved in on Thursday and seven miners were buried in the rubble. A rescue worker also died during the search operation,” said local government official Shahzeb Kakar. Kakar said that arrangements were being made to return the bodies to the victims’ families.

Pakistani mines are notorious for poor safety standards and bad ventilation. Last month a gas explosion killed eight coal miners in the same district. At least 43 workers were killed in March 2011 when explosions triggered a collapse in another coal mine in Balochistan.