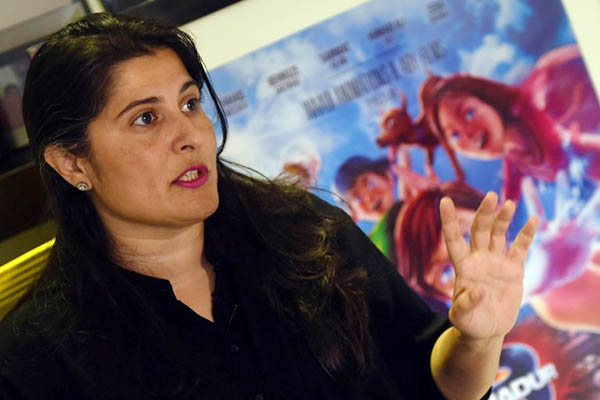 Double-Oscar winner Sharmeen Obaid-Chinoy has hailed new legislation outlawing the crime of “honor killings” as a turning point in the long-battle on violence against women, as she sets her sights on conquering her country’s silver screen.

The filmmaker cast a spotlight on the issue with her documentary A Girl In The River: The Price of Forgiveness—which bagged an Academy Award earlier this year. “It is very good in the case of honor killing we finally have a legislation that is stronger,” she says

In October, Islamabad passed legislation aimed at closing loopholes that allowed the perpetrators of such killings, often relatives of the victim, to walk free after they are pardoned by another member of their family. Now a pardon can only save a killer from the death penalty, but not from life imprisonment.

Critics contend that loopholes in the new law remain. For instance, if a killer claims a motive other than “honor” to justify their act, the blood money pardon law may still apply.

There are around 1,000 “honor” killings per year in Pakistan, but Chinoy remains hopeful the tide is shifting, especially in the wake of widespread revulsion over the murder of a social-media starlet by her brother. “It is not going to end tomorrow, but at least the process has started to send the men into jail who kill under the pretext of honor,” she told AFP ahead of the premiere of her new animated film 3 Bahadur, which follows three children superheroes.

If her pride is evident, it is unsurprising—Prime Minister Nawaz Sharif originally announced the bill following a screening in the capital of Chinoy’s Oscar-winning film.

Many observers believe the weight of international pressure was a catalyst in the government’s decision to move a bill that was initially tabled three years ago.

Another turning point for Chinoy was the murder of social media starlet Qandeel Baloch—who shot to fame for her provocative selfies and videos that were praised by fans for daring to challenge the country’s strict social norms on how women should conduct themselves.

In July, Baloch was strangled by her brother who later said he had found her “intolerable”—but the police took the rare step of making themselves “complainants” in the case so the family could not invoke the law of pardon even if they were pressured into doing so. Chinoy explained: “That sent a very strong message to the people of the country.”

Primarily known for her award-winning documentaries, Chinoy is now branching out into fiction to help revive Pakistan’s long-moribund film industry.

Pakistan’s cinemas are dominated by Bollywood imports, but her first foray into fiction—which was also Pakistan’s first animated feature film, earned $650,000 when it was released last year. “I believe first and foremost, I am a story teller so it doesn’t matter whether I am telling a story through making a documentary film or through animation,” she said.

The upcoming sequel also highlights social evils in Pakistani society, from corruption to the so-called “water mafia” which siphon off Karachi’s water to supply to sell to poor residents at exorbitant rates.

Chinoy’s work is not to everyone’s liking—much like teen activist Malala Yousafzai, she is routinely vilified in some quarters for daring to bare the country’s “dirty laundry.”

“Anybody who works at holding a mirror to the society or talking about the difficult issues that pushes the envelop, there is always blowback,” Chinoy said, adding with a smile: “I have stopped picking up my phone directly, and that’s the wiser thing to avoid threatening calls.”