by AFP and Newsweek Pakistan January 2, 2014 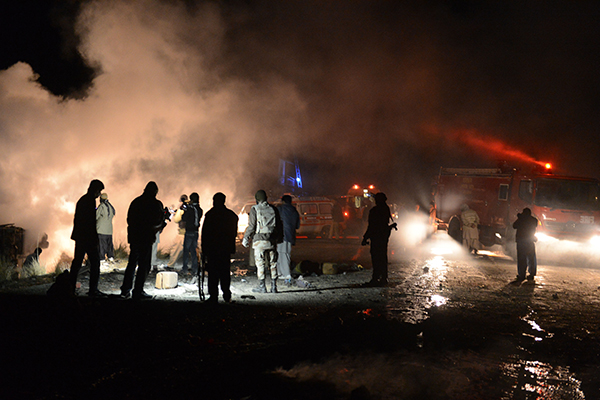 Two killed, 31 injured in first terrorist attack of the year.

A suicide car bombing killed two people and wounded another 31 on Wednesday, marking the first terrorist attack to hit Pakistan this year. The attack took place in Akhtarabad, on the outskirts of Quetta, and targeted a bus carrying Shia pilgrims back from Iran.

“An explosives-laden car, which was parked along the roadside, blew up as the bus passed by it,” said Abdul Razzaq Cheema, Quetta city police chief. The injured include six policemen. Police officials who had been escorting the bus rescued passengers from the wreckage before it caught fire, Cheema said.

Local bomb-disposal chief Commander Razzaq, known by one name, said that the car had been blown up by somebody sitting in it. Another senior police official added: “It was a suicide attack.” He said “around 80 to 100 kilograms of explosives were used in the blast. This was apparently a sectarian attack.”

No one has so far claimed responsibility for the attack. Majlis-e-Wahdat-ul-Muslimeen, a Shia political party, has announced three days of mourning.