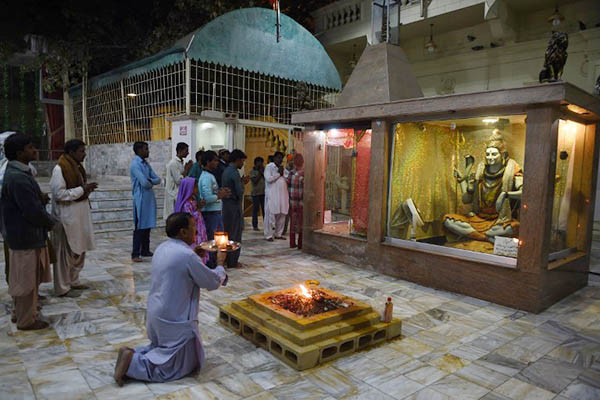 New law aims to protect minorities and prevent abuse, especially of Hindus being forced to convert to Islam.

Sindh province on Thursday passed a law making “forced conversions” punishable with a life sentence and forbidding minors from changing their religion in a bid to protect minorities in Pakistan.

The new bill, passed by Sindh legislators, also mandates a 21-day waiting period for any person who wants to convert. “It is necessary to criminalize forced conversions and provide protection for those who are victims of this abhorrent practice,” an excerpt of the bill, seen by AFP, reads.

Forced conversions, particularly of Hindus to Islam, are an issue in Sindh and throughout the Muslim nation of some 200 million, where minorities have long fought for their rights. In 2014, an advocate group which campaigns against religious violence in Pakistan told U.S. Congress that forced conversions generally involved the abduction of girls or young women who were made to convert to Islam and married.

The Movement for Solidarity and Peace said girls were often raped or beaten and, when the family complained to police, the abductor claimed the girl had willingly converted.

Exact figures are unverifiable, but hundreds of people are believed to undergo such conversions each year.

The legislation bans anyone under the age of 18 from changing their religion. It calls for a minimum sentence of five years and maximum of life imprisonment for anyone found to be forcing people to convert. “It is a historic law we have carved and passed,” said Nand Kumar Goklani, a Hindu legislator and author of the law. “This will end the plight of minority Hindus, who will feel more protected now,” he said.