Sindh to Probe Deaths of 41 Children in Thar 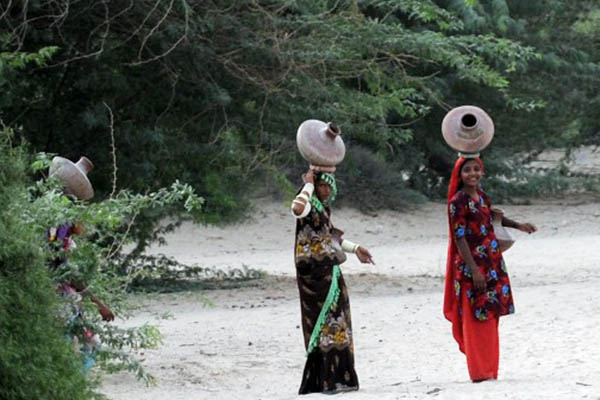 Authorities in Sindh province on Friday ordered a probe into the death of 41 children who reportedly died of pneumonia and malnutrition in a stretch of the Thar Desert.

Officials were alarmed by media reports from Mithi, one of the least developed and most remote districts in Sindh, suggesting that more than 100 people had died because of famine and malnutrition. “It is a very serious matter and we have deputed a senior member of the party and officials to probe into the deaths,” Syed Qaim Ali Shah, the chief minister of Sindh, told reporters. The minister also ordered the arrest of senior health officials for neglecting their duties, saying they had failed to move the children to hospitals in the bigger cities.

Shah said the cause of the deaths would be confirmed by the investigation but apparently pneumonia and malnutrition were among the reasons. The chief minister said government records showed the death of 41 children but there were fears that the actual number may be higher.

The Thar Desert begins around 300 kilometers from Karachi and runs up to the border with India, where it joins the Rajasthan desert. Poor health and communication infrastructure keeps the district disconnected from mainstream population.

The chief minister admitted the authorities had not done all they could to look after the needs of the people. “I admit that the distribution of wheat was not appropriate,” Shah said.

In 2000, the desert suffered a famine that killed 90 percent of the livestock, the economic mainstay of the area.

As a first step the Minister for Food and the Chief Minister should stand down until a judicial inquiry is completed. These ministers may well face multiple charges of negligent manslaughter so they should not be left where they can tamper with evidence.