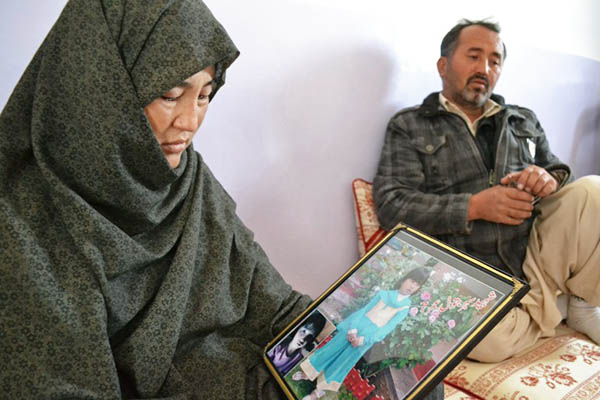 Officials in Quetta are investigating the crime after finding the victim’s body at a dump near her house.

Police in Quetta are investigating the death of a six-year-old girl who was found strangled and dumped near a garbage heap after apparently being subjected to rape attempts.

Sahar Batool, who was from the minority Hazara ethnic group, was found on Oct. 29 in the capital of Balochistan province. Hazaras are mostly Shia Muslims and have borne the brunt of the wave of sectarian violence that has swept Balochistan in recent years, mostly perpetrated by Sunni Muslim extremist groups.

“It is a heinous crime and police are making all out efforts to solve it,” said Inspector General of Police for Balochistan Amlash Khan. He said some potential suspects were being questioned.

Quetta city police chief Abdur Razzak Cheema said Sahar, the daughter of a gardener working at an Army facility, was found near a dump close to her home. She had been strangled with a rope, he said. “There were a lot of bruises on the girl’s body that shows that attempts were made to rape her,” he said.

Sahar’s distraught parents were at a loss to understand the crime. “We have no enmity with any one,” said the girl’s mother Bakhtawar Bibi. “On the day it happened Sahar went to throw out the rubbish close to the house but did not come back, I went out in search of her, but could not find her.”

A neighbor told Bibi her daughter was at the dump. “She was already dead, with blood from her mouth and nose while her all body bore bruises,” Bibi said, tears rolling down her cheeks.

Father Ghulam Sakhi demanded the “beast” who killed his daughter be brought to justice. “Tiny Sahar insisted I give her a ride on my motorbike in the morning before work—I didn’t realize this would be the last time I ever saw her,” he said.