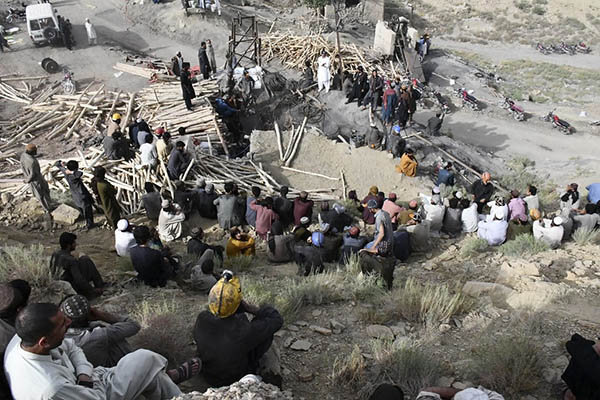 At least 10 miners are trapped more than a kilometer underground after a fire started by an electrical short circuit in a coal mine in southwestern Pakistan, officials said on Monday.

Rescue efforts were hampered by the fire spreading poisonous carbon monoxide gas inside the mine, some 35 kilometers east of Quetta, the capital of oil and mineral rich Balochistan province.

Abdullah Shahwani, a top official for the industry in the province, said 11 miners were working on Sunday around 1,200 meters underground when the accident happened. “Fire erupted due to a cable short circuit, causing the spread of poisonous monoxide gas,” Shahwani told AFP.

One miner has been rescued but 10 remain trapped inside, he said. “Hopes of their survival are very slim as rescue workers have reached only 360 meters inside the mine,” Shahwani said, roughly 20 hours after the accident occurred.

The spread of carbon monoxide was hampering the attempt to reach the miners, said rescuer Mohammad Shafqat, who spoke to AFP from the site.

The coal mine is run by the state-owned Pakistan Mineral Development Corporation. Most coal mines in the impoverished province are notorious for poor safety standards and facilities, and similar deadly accidents have occurred in the past.